The American pharmaceutical company Pfizer could just be the first to come up with a corona vaccine in Europe and the United States. Pfizer, which works together with Germany’s BioNTech, is in the final test phase and expects the first test results in October. If the test results of the final test phase for a corona vaccine from pharmaceutical giant Pfizer are positive, the pharmaceutical company is considering a market application. Critics in the United States are concerned that Pfizer is going too fast under pressure from President Trump. The pharmaceutical company then emphasizes that he does not want to be a plaything of politics.
The Netherlands, together with the other member states of the European Union, has already placed a provisional order with Pfizer. Earlier this month, the European Commission reached a preliminary agreement on the purchase of 200 million corona vaccines, with an option for an additional 100 million.
Pfizer CEO Albert Bourla already announced last week that the trials in phase three – the phase in which the potential vaccine is tested on 44,000 subjects worldwide – are progressing well. More than 35,000 test subjects are now participating in the study. Most of them (24,000) have also received a second vaccination. Bourla: “We hope to have all the necessary data in by the end of October.” If this shows that the vaccine works and is safe, Pfizer wants to apply for market licenses as soon as possible from the FDA and EMA, the American and European authorities that judge vaccines.
In the meantime, the vaccine is already in full production, says a spokesman. “This is done at BioNTech in Germany, by Pfizer in Belgium and at three locations in the United States. This way we can act quickly when we get permission to enter the market with the vaccine. ” 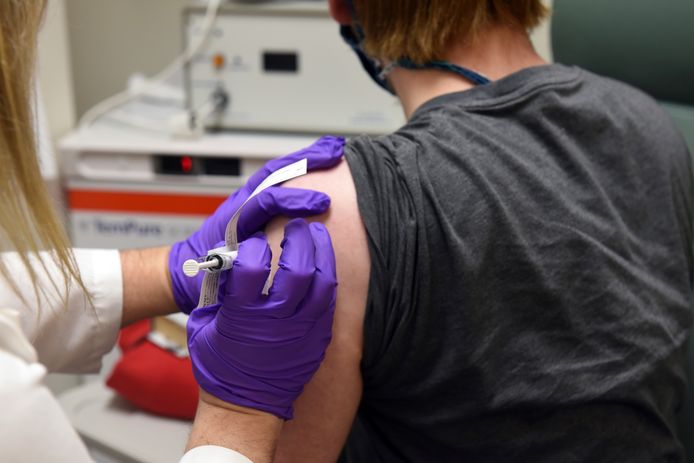 Too fast
In theory, that could be this calendar year. Experts in the United States, however, keep a close eye and fear that pharmaceutical companies will want to go too fast. After all, the pressure to come up with a vaccine is enormous in America: with more than 200,000 corona deaths, the country is more severely affected by the lung virus than any other country. At the same time, President Donald Trump has said several times that he wants a working vaccine on the market before the US elections on 3 November. Last Tuesday, during the first election debate, Trump explicitly mentioned Pfizer as an intended lifesaver. During a press moment in mid-September, the US president even suggested that “it would be a matter of weeks before Pfizer comes with a working vaccine.” That went wrong for Pfizer CEO Bourla, who then emphasized that Pfizer “follows the scientific route” and “certainly does not let political interests drive him off.”
In an open letter, published last week in American media, nevertheless more than sixty scientists and virologists argue in favor of a deadlock for pharmaceutical companies, including Pfizer: ‘A vaccine that is brought to the market too quickly will only work in the long term. counterproductive. Don’t be frivolous about safety and the risks of side effects “. That is not going to happen, the Pfizer spokesperson emphasizes: “Absolutely no safety checks will be skipped.”

Praise
In addition to criticism of the fast pace at which the test phases are completed, there is also praise. Experts agree that the Pfizer vaccine is one of the most promising. For example, the prominent American microbiologist Florian Krammer says on social media that for the time being he has the most confidence in the American-German vaccine project. “If I had to take a vaccine now, I would choose Pfizer. That seems the most safe and effective. ” Anke Huckriede, professor of vaccinology at the University of Groningen, is also cautiously optimistic. “The vaccine has already been tested on smaller groups in the first two phases. The results showed that it produces a good immune response and that the side effects were fairly limited. ” Still, Huckriede keeps a blow to the arm. “The interim results that Pfizer intends to publish in October will mainly show what the side effects are in large groups of people. It seems very early to conclude whether a vaccine is really effective. ” Pfizer uses a state-of-the-art mRNA vaccine, in which a piece of the genetic code of the coronavirus is injected into the body. The immune system gets to know the virus in this way, so that it can act quickly in the event of an infection. An interesting technique, Huckriede notes. “A big advantage is that the vaccine can be produced quickly and easily. But no vaccine developed in this way has ever been widely marketed. ”
The relatively small BioNTech already has experience with mRNA. For example, the German company developed immunotherapies for cancer patients using this technique. Huckriede: “But they don’t have the capacity to make hundreds of millions of doses of a corona vaccine. That is why the collaboration with Pfizer is a logical one: it is one of the largest players in the pharmaceutical world. ” In addition to Pfizer, the American pharmaceutical company Moderna and the Swedish-British AstraZeneca are also well advanced in the development of a corona vaccine. The latter was long cited as a big favorite to be the first to launch a corona vaccine on the market. However, AstraZeneca’s vaccine trials have been on hold for weeks in the United States, after two subjects developed serious complaints. According to the US authorities, it is still unclear whether there is a link with the vaccine. 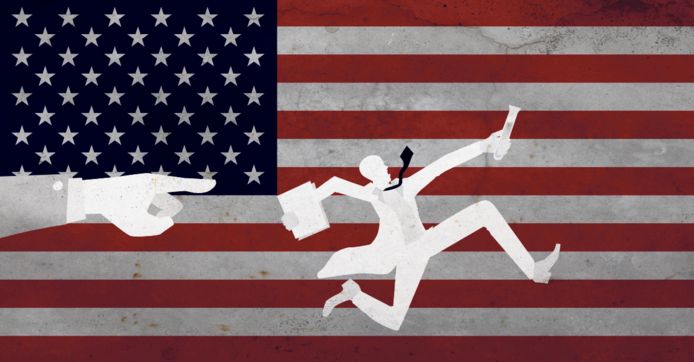