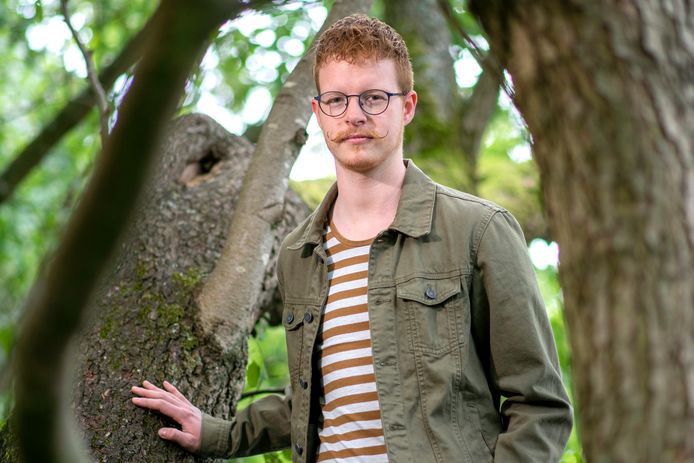 Laurens wants to break the taboo: “How long is your penis and what do you do with it, they ask”.

He hasn’t had all of the surgeries that make his body completely throbbing. “But I think it’s okay for now”, says Laurens Zevenbergen (24) from Arnhem, whose birth announcement stated that he was a girl.
“I hope it makes people aware that every body is a beautiful body, has the right to be loved.” Laurens Zevenbergen did not have to think long when asked if he wanted to be a model for the erotic photo exhibition that will be held this September. will be on display in the Sint Stevenskerk in Nijmegen. “I think it’s important to show that transgender bodies can also be considered beautiful”

Taboo
The organizing Pride Photo Nijmegen wants to break the taboo surrounding the physical identity and sexuality of transgender people with the exhibition Adult Alternative. Many people whose birth gender matches their gender identity still know little about the sexuality of transgender people. “The idea behind this exhibition is that the models themselves show what they think is erotic”, says project leader Wouter Christiaens. “With which we hope that visitors will go home with new insights, such as that with transgender people it is more than just a gender reassignment. But it’s not just about looks. ” The 24-year-old Zevenbergen, a student of occupational therapy and counselor of people suffering from dementia in a nursing home, has been officially a man since he was 18. “I then had the birth certificate changed.”

“Very confronting”
At the age of 17, he signed up for the medical trajectory that would make him physically change from female to male. “From childhood I knew I was different, but from 15, 16 years old I knew I was transgender. That was very confron-ting, I didn’t want to be it for a long time, postponed doing something with it for as long as possible. Until I really could not go through life with the wrong name and an inappropriate body.” After a few operations and some other treatments, you do not see that Laurens has spent most of his life with a girl’s body. At least not when he’s wearing his clothes. “Because I look like a man, everyone assumes I’ve had all the surgeries, which is not the case.”

Example
With which he says in a decent way that he is a bit done with all the indecent questions that he gets arranged. “How long is your penis, do you actually have one and what do you do with it, people ask. I don’t think that’s normal, but people think that they can suddenly ask anything from a trans person.” Now Zevenbergen is always open about the subject – he told his story together with his twin sister last year – and makes an effort wherever possible to create more understanding for transgender people. And he hopes that the erotic exhibition will help other people who have to go through the same struggle as him. “I would have liked an example in the past, someone who would have done something like I do now: show myself in my vulnerability. I hope that a young trans man will see this and think, that’s fine.”