Barely any fines for not wearing face masks in a bus or train. Residents of the region have barely been fined for not wearing a mask in public transport in the past month. According to the transport companies, most people adhere neatly to the rules. Exactly ten fines were issued in the area where the readers of this newspaper live until the end of June, according to figures from the Public Prosecution Service.
Most fines were forgiven in Nijmegen, three in total. In both Doetinchem and Ede, a fine was twice issued to people who sat on the train or bus without a mask. Other fines were issued in Zevenaar, Overbetuwe, West Betuwe and Boxmeer. There is a penalty of 95 euros for not wearing a mask in the train.

Most fines in major cities.
195 fines were issued throughout the Netherlands for not wearing a mask. Most in Rotterdam (47) and Amsterdam (30). According to a spokesman for the joint transport companies, most people in the train wear a mask, as it should be. “There always remains a group that wears it wrong or not, but in general you see that it is quickly established.” Auditors of the transport companies announced at the beginning of the measure, as of June 1, not very strict control. “We are especially de-escalating.”

However, many fines for violating emergency ordinance.
Nationally, up to August 28, more than 15,000 fines were issued for corona violations of the emergency ordinances. Many of these fines were given to people who did not keep one and a half meters away in parks or other places in public space. In Nijmegen, these fines were also most often distributed in the region (578 till 28 June). Nationally, there were only more fines in Rotterdam, The Hague and Amsterdam. Significantly fewer fines were issued in cities such as Utrecht, Almere, Eindhoven and Groningen, all with more inhabitants than Nijmegen. This also applies to Arnheim.

No trains or planes…

At 10:31 GMT the Dutch Railways (NS) have decided to stop all train traffic in connection with the heavy storm of today. At Schiphol Airport, all flights have been temporarily canceled due to the dangerously strong wind. 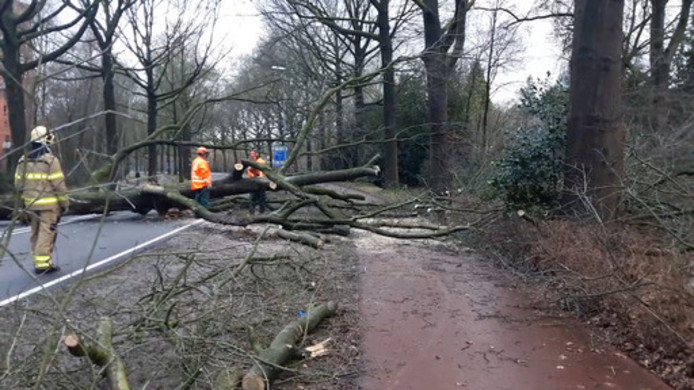 At the moment, with a whole day still to go, there is already a damage of € 10m  / £ 8.91m / CA$ 15.172m, according the reports of insurance companies. This is worse than during the gale of 2 weeks ago, when over the whole day the damage was €10m. Insurers now recommend that people comply with the code red advice issued by KNMI for large parts of the country. “Beware, that warning is not there for nothing.” “In spite of everything, you are still on the road, but you are assured, according to the trade association.The spokesman points out that it is difficult to estimate what importance everyone has to go out on the road anyway. “For example, a nurse who works in the intensive care unit can simply go to work.” “The supply of important foodstuffs will probably continue. 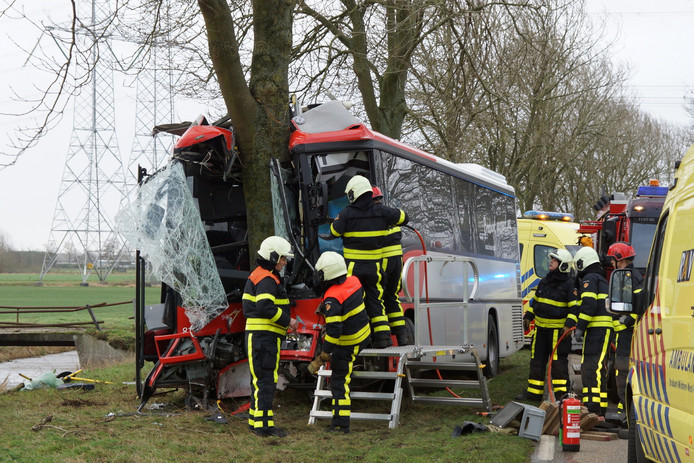 A school bus was blown over from the highway: 15 children to hospital for a check, driver severely wounded. Legion of ambulance personnel and firefighters work on the heavily damaged car.