The reports seem favorable, travel to Morocco will be possible again from 15 July. Yet there is the call from Ahmed Marcouch, the mayor of Arnheim: “Don’t go back to Morocco this year.” “I usually like to go there. My parents are buried there, I have the necessary family living there. But still: “I’ll skip a year,” said the mayor. “The risks are too great because of the corona virus. Now it seems safe, but that it is possible again, is more motivated from economic interest. In Morocco they like to see the hard Dutch currency come. They desperately need it.”

“Government dealt very inhumanly with people who were detained”

But what if there is another lockdown? “In recent months, the Moroccan government has dealt very inhumanly with people who were trapped in Morocco and could not go home,” said Marcouch. “A donkey does not hit the same stone twice.” Marcouch understands that the temptation to go to Morocco is great. Reports appear in the Moroccan media that borders are opening. And that Moroccans with a residence abroad and foreigners who are currently in Morocco can leave the country. ,,But until recently there was no talk with the Moroccan government.” Minister Blok (Foreign Affairs) has moved heaven and earth to bring people back to the Netherlands. Then sick, old people from the Nador region were on a bus to Casablanca for a thousand kilometers to take the plane. Little by little.”

“Do not go to Morocco under these circumstances”
Faiza Mhiaui from Tiel spent three months trying to bring her 63-year-old father back to the Netherlands. “He was to Morocco for my grandfather’s funeral. Carried medicines for his COPD and diabetes for a week. But two days before he would come back, things were locked there”, says Mhiaiu. “We tried everything. Nothing helped. I am already happy that my father is back. But no, I really would under these circumstances don’t go to Morocco.” 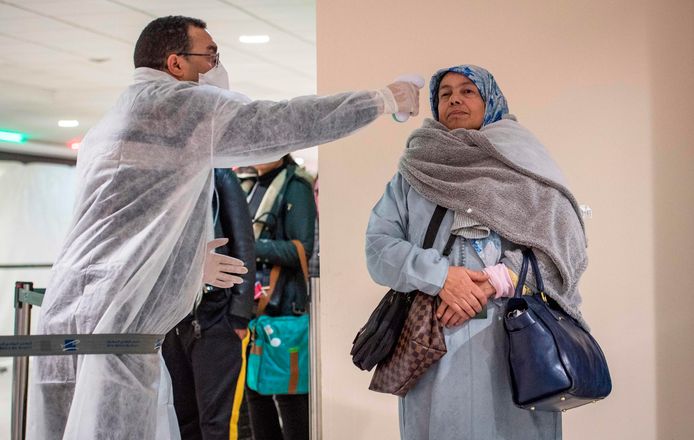 Not being able to say goodbye to a deceased mother
Despite all warnings in two weeks from now, Latifa from Zeist will go to Morocco. In the past few weeks she has experienced how stubborn Morocco was. “My mother died there on July 2. She had been ill since late May. We tried everything to get there”, she says. “But I’ve really been waiting for the opportunity to go anyway. In the end we were late. A goodbye to my mother has already been taken from me and we still want to have some kind of ceremony, to arrange things.” Whether she will return to Morocco afterwards? “It has been so inhumane. I don’t know if I will go to Morocco in the coming years. We are now guaranteed to leave again. But it already begins that only two Moroccan airlines may be flown. And what is the promise worth in the end?”