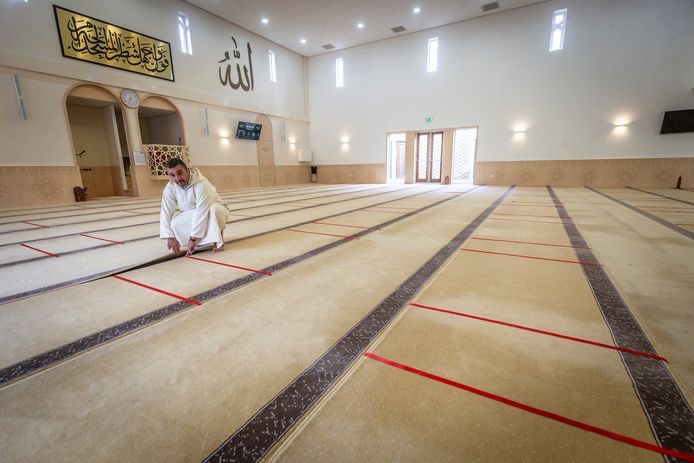 Do not go to the mosque and celebrate the Sacrifice Feast at home in small circles for the next few days, is the urgent advice of the mayor of Rotterdam, Aboutaleb. The Contact Body for Muslims and Government CMO does not share that advice: “Mosques are well prepared, sometimes even stricter than the applicable corona rules.”
Aboutaleb made his appeal because he is concerned about the rising number of corona infections in his city. The Sacrifice Feast begins on Friday, which lasts all weekend. When tens of thousands of believers come together in mosques and in a family context, this can further enhance the revival of the corona virus. RIVM reported on Tuesday that “more and more infections take place during family visits and at parties.” Celebrate the party in a small, domestic circle. Do not pray in the mosque or a park, ”said Aboutaleb this week in a video message. A platform of Islamic associations in Rotterdam joined the call. The chief editor of the Muslim newspaper wondered why prayer meetings were not banned anyway. But the Contact Body for Muslims and Government (CMO), which claims to represent about 380 mosques in the Netherlands, believes that Aboutaleb is too strict in its appeal. “We do not advise avoiding the mosque,” said chairman Muhsin Köktas. “The mosques are well prepared. They are disinfected and adhere to the 1.5 meter rule. ” According to Köktas, it is mandatory in Turkish mosques affiliated with the Diyanet organization to wear a mask. This is not necessary under the rules of the national government. “We have the impression that people really take corona seriously. We also saw that during the celebration of the Sugar Festival in May. ” At that time, most mosques were still closed.
In the Turkish Kocatepe mosque in Rotterdam, face masks are indeed mandatory, even at the first prayer of the Festival of Sacrifice, Friday morning at 6.46 a.m. But the mosque also writes on Facebook: “Unfortunately, last week we saw a large increase in the number of people who came without a mask and did not follow the distance rules.” The mosque’s board keeps the building open “to prevent it from getting too crowded at other mosques.” With the Feast of Sacrifice, one of the most important feasts in Islam, Muslims commemorate the prophet Abraham’s willingness to sacrifice his son for his god. In the end that was not necessary and a ram was sufficient. To reflect on this, believers slaughter a sheep and share that food with family, friends and the poor. 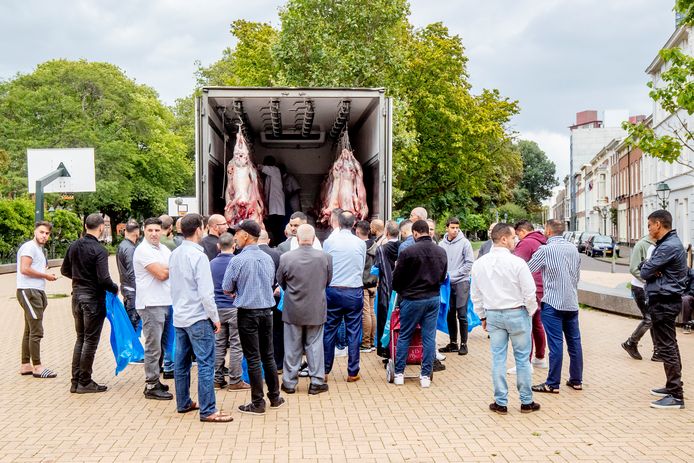 Only 100 people are allowed without registration.
It is usually busy in the mosques during the Feast of Sacrifice, just as the Christian churches protrude at Christmas. According to the corona measures, religious meetings may be held, with no maximum number of participants. However, people have to keep a distance of 1.5 meters, they have to register who is coming and a health check has to be done. If there is no registration or control, a maximum of 100 (inside) or 250 (outside) people may come together. Several mosques have already indicated that believers (also) will pray outside the mosque: in a park or on the forecourt. Earlier this year, two mosques in The Hague were forced to close after a corona outbreak. This week, three Syrian Orthodox churches in Enschede closed their doors after members of a card club that gathered in one of the churches were found to be infected. In other years, many Moroccan Dutch people celebrate the Sacrifice Feast on holiday with family in Morocco. However, that country has still closed its borders to tourism, so that this year extra people will celebrate the party in the Netherlands. 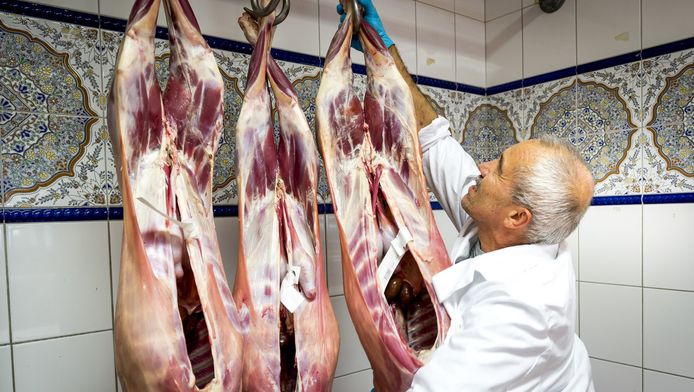 Crowds at slaughterhouses.
It is very busy at Islamic butchers and slaughterhouses; the demand for ritual slaughtered lamb is high. The NVWA imposed a ban on slaughtering two slaughterhouses because, partly due to the pressure, they could not comply with the corona rules in the workplace. The parties came together on Tuesday evening. The meat must be delivered pre-packed this year. Also, many butchers have given their customers a specific time period in which they have to pick up the meat to avoid a massive influx.