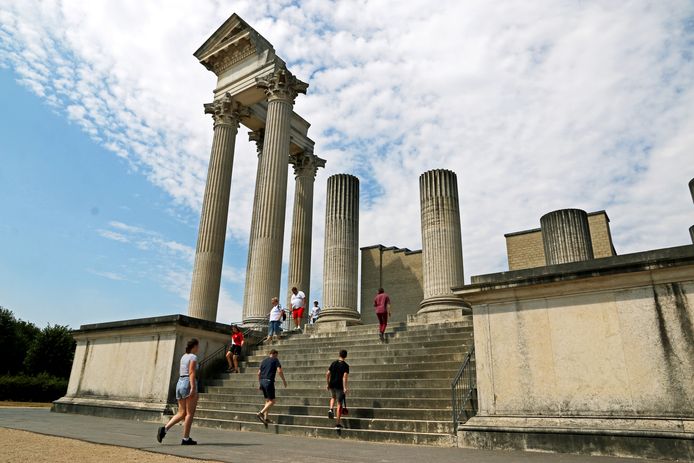 Xanten is located in Germany. Not very far away: about 40 kilometers upstream on the Rhine from the border at Lobith. Actually no place for a series called A summer in the Netherlands. The excuse could be that the Germans came en masse to the Netherlands this summer, mainly looking for the cooling coast in the warm weeks, and that we have just as much right to go to Germany. A much larger country, and therefore with a lot more space. It is not without reason that Germany is a popular place this summer for many Dutch people to cross the border by car or bicycle. In the historic heart of Xanten, I see or hear some Dutch people arriving on e-bikes for lunch on one of the terraces. And in the vicinity of the town there are cars with Dutch license plates at the beaches on the Rhine. Just like Wunderland Kalkar, a former nuclear power plant that was bought by the Drenthe entrepreneur Hennie van der Most and converted into an amusement park with six hotels. A whirligig protrudes outside the former cooling tower.

But that is not the reason that I ended up in Xanten. I crossed the invisible border, because the place name starts with the letter X. Almost secretly, I chose the order of the alphabet as a guideline for this trip through the Netherlands – to be able to make a slightly easier choice from the endless supply of special places in my own country. It started at Anjum, Brunssummerheide, Chaam and Delft. Yerseke will follow tomorrow, the series will end in a special Z on Monday. 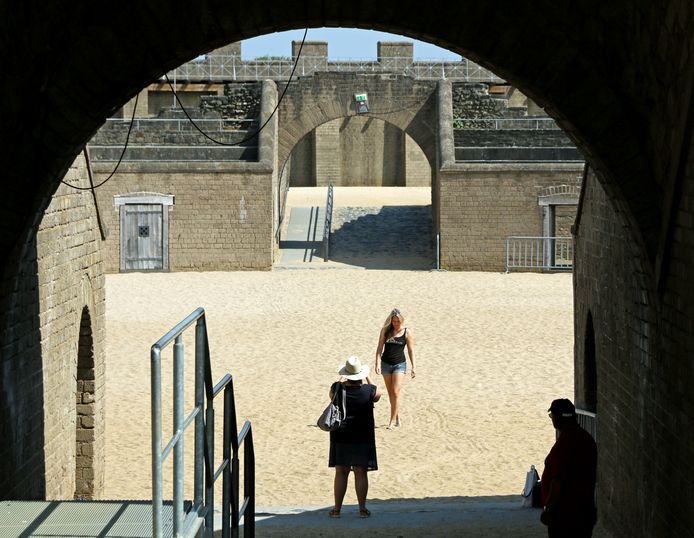 Unexpected
A Q could also be found, in Quatre Bras on the IJssel, but I did not find any place or neighborhood in the Netherlands that starts with an x. So I ended up in Xanten, which was completely unknown to me and, as almost always with these kinds of accidental visits, I made an unexpected discovery: the Romans already settled there around the year 12 BC and founded, next to an army camp, a civilian settlement on the bank of the river. It would later be called Colonia Ulpia Traiana and can now, twenty centuries later, be admired in an exceptional way.
“We knew this existed. School trips are organized from here, “” says Anita Winters, who walks down the steps of an impressive Roman temple with her husband Wilfried and children Amber and Ion. They are on their way back from a holiday to Belgium, and are almost home in Doetinchem. Wilfried: ,, Normally we would have gone to Italy, but this summer we stayed close to home. We had to leave the house on the camping site at 11 am, so we decided to go here for the last bit first. It is a special place, and actually so close. “”
The family is in Xanten on a hot summer day, and the bright sun does not exactly invite you to visit this APX, the Archaeological Park of Xanten. Especially because it concerns a large, almost bare plain. The APX is an open-air museum that in this way, and in the same place, sketches the true size of the Roman city that once lay here. The countless finds made during the excavations led to a project to partially rebuild some of the structures of that time, on the original scale. 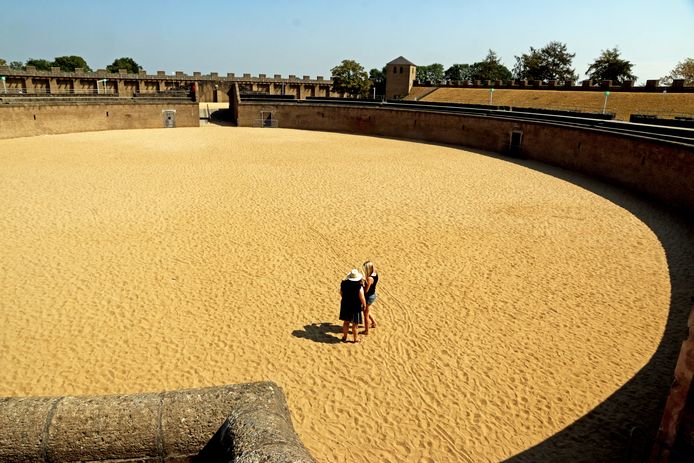 Imagination
So since 1977 on the Rhine, half an hour’s drive from the Netherlands, there have been, among other things, an amphitheater, Roman houses made of clay, an inn, part of the city wall and its gate, plus this harbor temple. I think for a moment about the Forum Romanum, but the comparison with the historic center of Rome is of course not valid. There, the archaeological paradise is a wealth of original remains from the heart of the Roman Empire, in Xanten, in addition to these reconstructions, there are only a few historical excavations or other preserved remains of, for example, the Thermen, plus an exhibition about Roman history here on the Niederrhein . Still, when I climb the steps of the temple and look out over the vast complex of nearly one by one kilometer, I see with a little imagination a bustling town where, in its prime, some ten thousand people lived, worked and worked. walked the streets, only half of Xanten’s current population.