“Nijmegen has spread arms for refugees,” says Bruls; will there be a second Heumensoord? 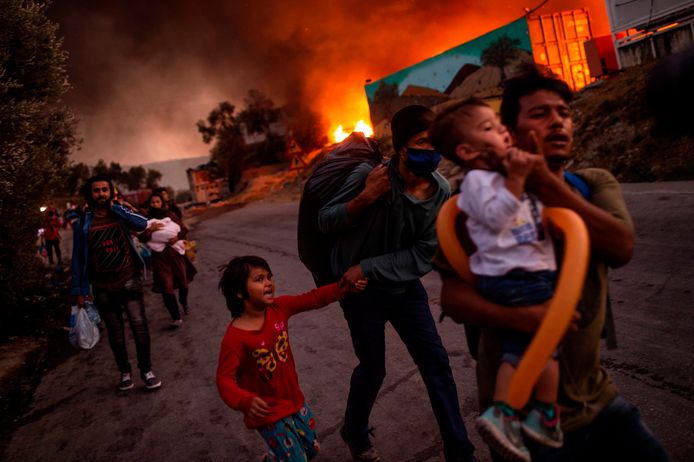 Nijmegen has to offer shelter to refugees from the camp Moria on the Greek island of Lesbos, which was destroyed by fire. A majority of the city council wants that. Mayor Bruls will urge the cabinet to take action. Will the city get a “second Heumensoord”? Bruls says he will work hard in The Hague in the coming weeks for extra reception for Lesbos refugees. The cabinet pre-viously indicated that it would take in 100 Moria migrants. “We don’t do much compared to other countries. We have seen that it is possible with our German friends (who receive 1,500 Lesbos refugees). The Netherlands must also be generous. I will be sending that signal in the near future.” With those words, the mayor responds to the “Moria manifesto” that a majority of the Nijmegen city council presented to him on Wednesday evening. She wants Bruls under the motto “Nijmegen hospitable to refugees” in The Hague to draw extra attention to “the humanitarian disaster” on Lesbos. And: “To offer our assistance on behalf of Nijmegen in receiving extra refugees after the fire”. The council majority (PvdA, SP, GroenLinks, Stadspartij, D66, Gewoon Nijmegen, Party for the Animals and CDA) wants the Netherlands to do more for the more than 12,000 migrants who ended up on the streets at the beginning of this month after a devastating fire in the Moria reception camp. “We should be able to do what Germany can do. Nijmegen wants to contribute to this ”, says initiator of the Moria mani-festo and PvdA councilor Ammar Selman.

Where and exactly how many Lesbos refugees Nijmegen can receive, is left open to municipal councilors. In any case, the city will “not get a second Heumensoord”, Selman swears. Five years ago, about 3,000 asylum seekers were received in that Nijmegen camp. “It’s not about such numbers now. I also prefer not to mention concrete numbers. But if the Netherlands, like Germany, will receive 1,500 refugees, the city will be able to offer a substan-tial part of them. We are sending that signal. ” According to Mayor Bruls, the situation around Heumensoord shows that Nijmegen is open to the reception of refugees. “Five years ago we had more escorts in the city than refugees themselves.” According to him, this shows that the Moria mani-festo is not only a political signal. “Much of the city has spread its arms wide for refugee shelter.”

Symbol politics
Yet it is far from certain that Lesbos refugees will come to Nijmegen. Only the cabinet can make such a decision. That is also the reason that opposition parties such as VVD and VoorNijmegen.NU did not sign the Moria manifesto. “We are about local policy and should not play The Hague”, says VVD councilor Inge van Dijk. “We are not talking about the arrival of refugees. Let’s deal with our own problems: accessibility, for example, the consequences of corona and housing in the city. ” Non-signers call the Moria manifesto symbolic politics. GroenLinks councilor Marieke Smit does not agree. “Refugees on Lesbos were already living in inhumane conditions before the fire. We can now help and let the cabinet know that it can count on Nijmegen for refugee reception. That is not a symbolic policy, but a clear guide.”