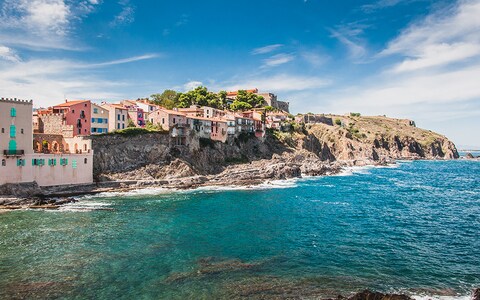 Since the June 2 reopening of bars, restaurants and hotels, France has been galloping back to normal. The pandemic is said to be under control. Almost everything you want is open again. Okay, a few restrictions remain. No gatherings of more than 10 people. Masks should be worn in shops and on public transport, tables must be well-spaced and there’s enough hydroalcoholic gel strategically placed in the public domain to flood the country three feet deep. That said, city centres and seaside resorts truly are getting their mojo back. France has been included the long-awaited list of countries that English residents can visit this summer. Here are five regions where the incidences of the virus are, as we speak, among the very lowest in France – perhaps because they’re mainly off-centre – and where I guarantee you a good time. 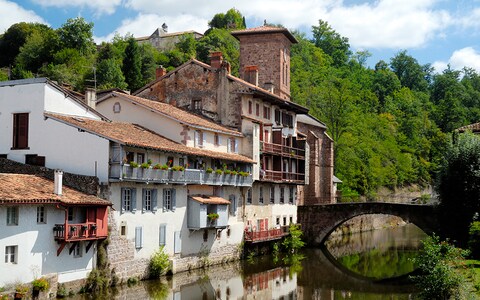 1. French Basque Country
No surprise that coronavirus didn’t make much headway in Basque country; not much has since the stone age. The Romans found it hard going in these Pyrenean parts, as did follow-up barbarians and Charlemagne. And, these days, the Basque identity still lies strong upon the land. Picture powerful character rooted in sky-busting mountains and a muscular coast rocking with Atlantic rollers. The whole is punctuated by substantial villages of white houses trimmed with oxblood-red woodwork, the bases for everything Basques have ever done, farming and contraband through fishing and sending sons off to America. My choice for the seaside would be Guéthary (once Madonna’s choice, too) or St Jean-de-Luz, with its storybook bay. Inland? St Jean-Pied-de-Port where mountain folk gather for the Monday market and you’d better not bet on the pelota games or you’ll be wiped out. 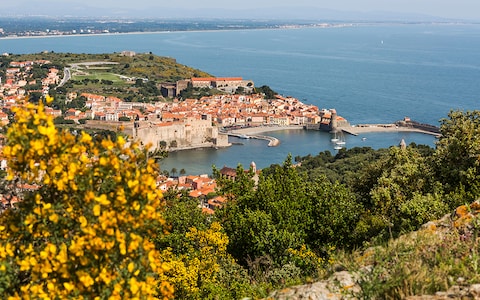 2. Roussillon
Perpignan is best known internationally for Salvador Dali’s claim that the town’s railway station is the centre of the universe. Art aside, Dali was a chump. The station is not the centre of the universe. It’s not even the centre of Perpignan. It’s in a desolate zone to the north of centre. Enough of that. We go to Perpignan for fierce sun, temperament and festivity, for both codes of rugby and all sorts of wine. In the lee of the great 13th-century palace of the Kings of Mallorca (long story), the city is a permanently simmering sunshine event, easing us into French Catalonia (aka Roussillon) with a lot more panache now than it had 15 years ago. Further south, the flat coast sprouts rocks and coves as it meets the final plunges of the Pyrenees. Seaside resorts – Collioure, Banyuls – charm all but the charmless. Behind, vertical vineyards herald real mountains for climbing, riding, rafting, canyoning or trekking up to the St Martin-de-Canigou monastery. Back in Collioure, we eat anchovies. They are the local speciality. Best anchovy recipe ever, from anchovy-filleter Ghislaine: toast a slice of country bread, grate on garlic, add a few rounds of tomato and olive oil, lay anchovies on top. Fabulous. 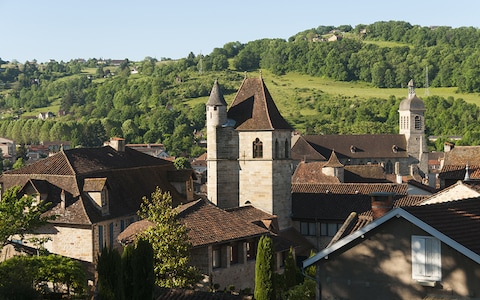 3. Lot
I’ve called Figeac (population: 10,000) “the finest small town in France” so often that the phrase writes itself. It’s about time someone noticed. The medieval and Renaissance structure is so well-preserved that it would be readily recognised by the wandering monks and merchants who, for centuries, have been dropping down from the surrounding limestone plateaux to the banks of the Célé. I generally walk mesmerised through the structures of France’s past, spotting the birth-place of Hollywood’s Latin lover Chares Boyer and paying respects at the museum of Jean-François Champollion. He was the local lad who cracked Egyptian hieroglyphics in 1822. Then I romp out of time down the Célé valley to the Pech-Merle cave. Its 29,000-year-old paintings surge from the walls as if seeking release. Back up the Lot valley St Cirq-Lapopie drapes over rocks to impose a sense of occasion. Post-war, writer and founder of surrealism, André Breton showed up. “I ceased to wish myself elsewhere,” he said, with the pomposity you’d expect from an anarcho-surrealist. And we haven’t even mentioned Conques with its weird, stolen monastic treasure (another long story) or Rocamadour, where the abbey, seven chapels and an entire village are clamped to the cliff face. You’ll be awestruck. Everyone is. 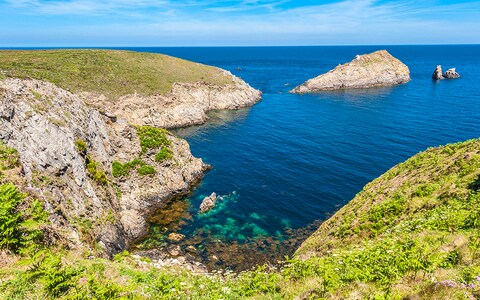 4. Finistère
From clear turquoise waters and white sandy beaches surrounded by pine trees, to dramatic rocky cliffs swept by the sea or charming pink granite coves, the Brittany coast is a place of wonders. If that’s not incentive enough, then let me tell you that Roscoff is a grand, granite little port once prosperous with freebooting wealth, now base to more crèperies than anyone can count. Go for Ty Saozon on Rue Gambetta. Then curve round the rugged, ragged coast, via the Pays-des-Abers to Le Conquet and a ferry to the island of Ouessant. The wind-lashed, treeless isle was the domain of women, the men being away at sea, often for years. Whence the local saying: “Take any husband you can get; there’ll not be enough to go round.” Inland, the desolate Monts-d’Arrée swirl with Breton myths. And all that’s just north Finistère. There’s still the slightly softer south to go at. 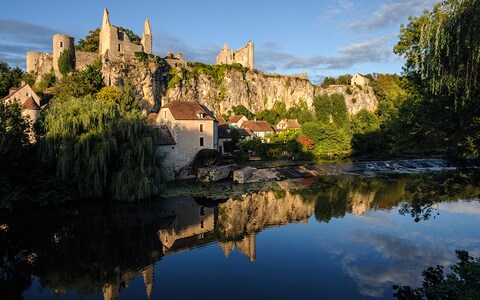 5. Vienne
This inland, western county is for the mature of outlook. People like me. We avoid spas, anywhere with purple lighting and anything termed “to die for”. We prefer gentle landscapes, châteaux, long lunches, cave paintings and quite a lot of wine – favouring, as it does, the calm of continuity rather than the clamour of the contemporary. So we’re very happy in Poitiers whose stint as home base to Eleanor of Aquitaine was sufficient to supply a framework of outstanding buildings. These include the cathedral, whose astonishingly worked façade is alive with statuary and reliefs including – a first for me – Jesus being given a bath by midwives with their sleeves rolled up. Now we head east, through a spectral gauze filtering out noise and vulgarity, to the Anglin and Gartempe valleys. Angles-sur-Anglin, as steep as it is comely, wriggles below a château crumbled to perfection. The abbey church at St Savin has 50 of the world’s greatest OT Romanesque frescos. Interestingly, Eve sports a beard, following misguided 19th-century restoration. Bucolic tranquillity persists, as if this were 1957 and you were driving a Morris Minor. It leads through villages and small towns – Montmorillon, Chauvigny – before we swing back to Poitiers, for the 21st-century blast of Futuroscope theme park, which leaves even mature folk laughing.