River towns yearn for the return of the cruise ship tourist: “They are the icing on the cake.”

They have been missing from the townscape of the Gelderland river cities for months: the cruise ship tourists. As soon as the cruise season opens in March, the bunches of tourists in other years carefully take the gangway of the giant cruise ships week after week. After trips along other European port cities, they also populate the quays of Nijmegen, Arnheim, Doesburg or Cuijk. Then they move into the city center and settle on the terrace, sheltering from the sun. American, Canadian, Danish or German; respectable age, some money in your pocket. The local catering industry greets them with open arms. But the cruise ships never came. Due to the corona measures, the hundred-meter-long dangers are easily anchored for months. A financial noose for entrepreneurs from Gelderland.

A great loss
“We really miss them this year. In other years, these guests come almost every day, suddenly sitting there with thirty people for a cup of coffee and a piece of cake, ”says Max Brouwers, manager of restaurant De Waag in Nijmegen. The four-century-old monumental Waag building on the Grote Markt attracts the cruise passengers like a moth to a flame. “Our building is at the top of the lists, yes. It is a great loss that they have not docked for months.” From the Waalstad to the Rhine quay then. Arnheim’s catering industry also feels the pain. ,,The cruise guests get on board here in Arnheim, and then make their trip to other cities. Usually they arrive in the city by bus or train and then they come to us for coffee and something to eat”, says a spokeswoman for restaurant Rijnmozaïek on the quay.

Walk for miles
However, in Arnheim the real loss of cruise guests is not only related to corona. Mert Ekici of restaurant Dining56 at Rhine quay: ,,A few years ago, the municipality moved the berth for the ships to the New Quay. From there it is at least a kilometer walk and a large number of cruise guests are not very mobile. That journey is far too far, so they don’t come to us anymore.” Ekici is still disappointed with the decision. The corona crisis that is also raging in cruise land certainly does not help either. ,,That move was the first, biggest blow, because I had many regular guests of those ships. Now with corona we get the second blow. Ten percent of my turnover previously came from those boats. Moreover, the arrival is now really not a calling card for Arnheim. People end up there in a kind of no man’s land.”

Passenger port
The entrance is better in Doesburg and Cuijk. However, the IJssel and Meuse quays respectively have yet to discover the broad cruise business. “We don’t get a lot of large cruise ships here,” says Debby Plas of restaurant The Quay in Doesburg. “But we do get more and more guests from the port of call here. This has got off to a good start with the good weather of the previous weeks.” “In other years, a handful of cruise ships dock at our home in Cuijk”, says Maral Ameri of restaurant Horizon-on-the-Meuse. “So we miss them this spring no more than in other years.”

Bumblebees in catering country
Then back to Nijmegen. There were bumblebees in catering land in recent weeks, when the Malden shipping company SijFa positioned the 114-meter long MS Verdi on the quay. To make up for the months-long financial loss of the river cruises, the Malden family business relied on a permanent lunch terrace on the sun deck and private dining rooms in the ship’s cabins. The hospitality industry on the mainland angry because: unwanted competition. A compromise was found in limited vessel opening times, limited supply and berth – away from the restaurants and cafes on the quay. Two branches under high voltage. The Nijmegen catering industry is eagerly awaiting the arrival of the ships in transit: about 600 cruise ships dock each year, which together carry 65,000 passengers. Outside the cafes and restaurants, their loss is also felt. Caecil Gerrits of Versailles Drinks Nijmegen in the lower town sponsors tastings on board the ships. After docking at the Waalkade, five times a week, guests come to buy bottles in his shop. “That has now saved me a considerable amount in thirteen weeks that there was no sailing,” says Gerrits. ,,I don’t think calling amounts is so chic. But someone buys a bottle of whiskey of 800 or 900 euros and then it goes fast of course.”

Thousands of euros
Restaurants and restaurants in the lower city, close to the place where the ships dock, are missing many thousands of euros, Gerrits indicates. “Not just me, but the entire city. People come from that ship and buy a cup of coffee and a piece of cake somewhere and then have lunch. Then they shop around and all in all they easily leave between 50 and 100 euros per person. ” Gerrits hopes that the ships will hoist the anchors again soon. ,,The first two weeks after the lockdown in March were financially dramatic for me. After that drinking at home started and the figures improved. But I really miss the icing on the cake, the cruise guests. Hopefully they will come this year.”

Hope
With the relaxation of the corona measures as of 1 July, the hope has quietly entered cruise land. The hope to still be able to make something of the sailing season, which runs until September. Feenstra Rhine Line from Arnheim, for example, starts cautiously on July 13 with the departure of two ships, three at the end of July and an additional one with trips through the Netherlands in August. But the industry is far from out of the fire, says a spokeswoman for industry organizations Central Office for Rhine and Inland Shipping). ,,The journey through the Netherlands to Germany is slowly starting up again, but it is far from a rosy picture. The entry and transit restrictions of, for example, America are hitting the passenger shipping sector hard. And guests are not yet very confident about the trips, as is the case with all holidays.”

Port cities
In addition, for safety reasons, port cities in the Netherlands, Germany and Belgium are not yet keen on ships at their quay, she says. “But that is unnecessary. The cruise ships have a lot of knowledge on board about hygiene, especially for the target group of the slightly older guest. The safety and hygiene standards have been high for years in the interest of those people.” The turnover of inland navigation in the Netherlands is approximately 2.6 billion euros per year, of which 90 percent is freight transport and 10 percent is passenger transport. The damage in passenger transport (cruises, ferry services and day passenger shipping) amounts to around 260 million euros for 2020, the CBRB calculated. Assuming a seven-month season, approximately 37 million euros per month. “The losses are great. In March, when everything came to a standstill, the companies had just incurred all the costs of ship maintenance in the winter months. The corona stop came at the worst possible time.” 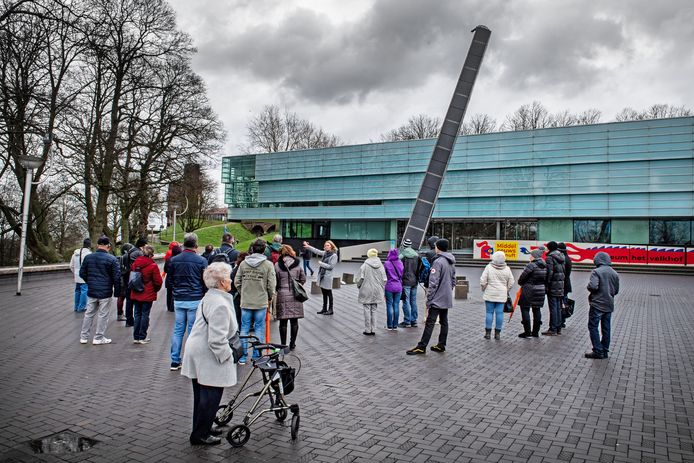