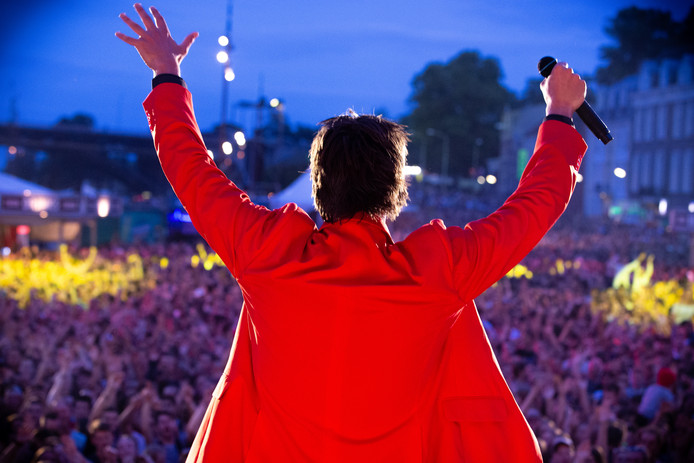 The visitor’s record that the Nijmegen Four-Day-Marches Festivals set last year was equaled this year. After a somewhat dull start due to the weather, the parties caught up. Finally, the organization had 1,625,000 visitors. Just a little more than the previous year. Last year, after seven days of partying, the counter stopped at 1,615,000 visitors. With that, the number of visitors on Friday came to 275,000 – 10,000 more than Thursday. Given the program on the final day, that was also in line with expectations. Last night, for example, the Brabant-based party duo Snollebollekes (picture above) on the Waal stage were in a hurry. Not for the first time: on Tuesday, the Vengaboys were also bursting at the seams. “We see that it has been very busy this week at the Matrixx venues, so on the quay and in the Hunnerpark,” said a spokeswoman for the Four-Days Festival. She says about the new visitor record. ,,It’s no contest. We do not want to exceed the number of visitors every year. We prefer to watch the flow of the public. It was good almost everywhere.”

The festival around the Walk of the World marches started a little more difficult due to the autumn weather last weekend. The number of visitors then lagged behind the previous year. A catch-up effort has been made in recent days. A possible explanation for the crowds is the return of the stage with Dutch-language music on the Joris Ivensplein. Leo Weterings, director of the Four-Days-Marches Festival, noted earlier this week. ,,We serve a very specific audience there. And given the bustle on the square, there was a real need for it.”
The progress of “The Island” on the Waal beach (picture above) on the Lentse side of the river is also remarkable. Popular parties such as ‘Het Zusje van Debbie’ attracted several thousand visitors to the beach. Due to the increasing interest, the police have already announced that extra camera surveillance will be available at ‘t Eiland next year.