The Duchess of Sussex has written personal messages of empowerment and support for vulnerable sex workers on a series of bananas to be delivered to them on the streets. The Duchess, who visited a charity which helps women break free from sex work, homelessness and addiction, resolved to send a personal, handwritten message to those in need. During a tour of the kitchen at One25, a charity in Bristol, she was seized with inspiration, asking for a felt tipped pen to draw hearts and notes, including the words: “You are strong”, “You are loved”, “You are brave”, “You are special”. The fruit, which is part of a food parcel for sex workers, was due to be delivered by van, along with blankets, condoms, hot water bottles and advice from the charity’s experts, to women on the streets. The Duke and Duchess of Sussex visited the charity during a day-long outing to a snowy Bristol, in which they delivered a series of heartfelt messages on subjects form the arts to mental health and grief. At One25, who had asked for the visit to be kept a secret until after the royal couple had left to protect the vulnerable women, they met volunteers, donors, service users and were given a tour of an outreach van which tours the red light district five nights a week. In the kitchen, as they were shown the food bags being prepared, the Duchess said: “Oh actually do you have a Sharpie marker? I have an idea. “I saw this project this woman had started somewhere in the States on a school lunch programme. On each of the bananas she wrote an affirmation, to make the kids feel really, like, empowered. It was the most incredible idea – this small gesture.” Declaring “I am in charge of the banana messaging!”, she wrote a series of short phrases and decorated the fruit with hearts. It is not the first time the duchess has used bananas to send a message.  Shortly after she began dating Prince Harry’s, she uploaded a photograph of two bananas ‘spooning’, and more recently baked banana bread for farmers during a tour of 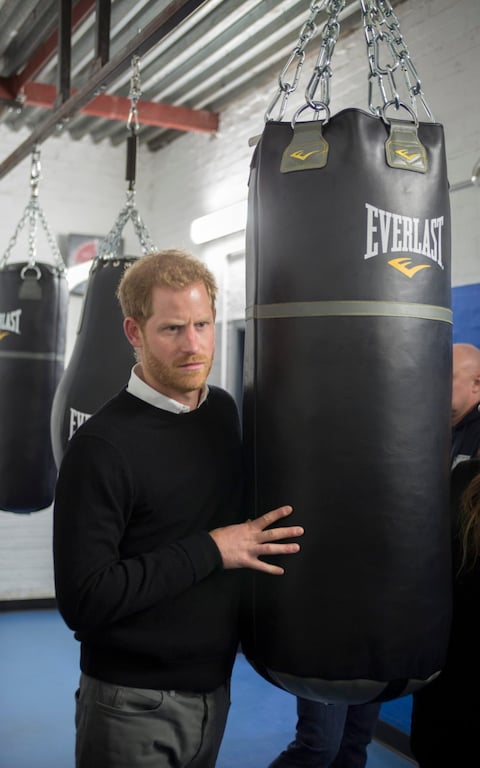 . One charity volunteer called Sam, who is a former sex worker, said: “I can imagine being on the van, and [ hearing] ‘Meghan wrote this thing, and what?’ I think they might not eat it. I think that banana would be at home until it is rotten. Because I would do the same.” Anna Smith, the charity’s chief executive, told the couple: “The of our women is often very much misunderstood, and they are stigmatised and hidden from the world.” As she spoke, the duchess spotted that Sam was looking nervous at the prospect of having to talk to the group. She told her: “Sometimes it is the lead-up that makes it more nerve-racking. You go first! It’s like ripping a bandaid off.” Prince Harry, speaking of how vulnerable women can be coerced, said: “When you were being groomed at such a young age, and this is the only thing you know, you completely lose faith in society. You lose trust in every man, and probably everyone else around you. From a mental health perspective you are broken.” They were not the only words of comfort offered by the Duke. In a separate charity visit to Empire Fighting 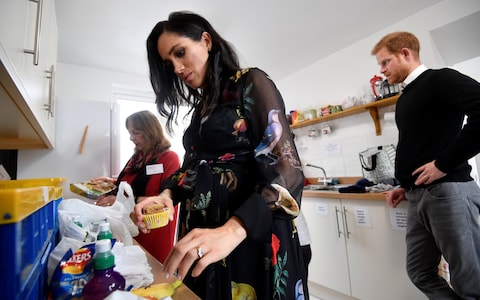 Chance, a boxing club which helps vulnerable youngsters, he cleared a room to comfort a teenage boy who became emotional talking about the death of his father. The Duke of Sussex, who lost his own mother when he was 12 and he previously spoken of how boxing helped his mental health, spent 10 minutes talking privately to 15-year-old Iestyn about processing his grief, telling him: “The same thing happened to me.” The day was completed with a trip to refurbished Bristol Old Vic, where the Duchess made a heartfelt plea for the creative arts. “There’s so much of the emphasis in after school clubs on sport,” she said. “Channeling the energy you have into the creative arts and theatre and all of that is equally as important. “Sport isn’t for everyone, just as theatre isn’t for everyone. “You can know that there’s a place [here] where you can find community, and sort of explore self discovery and other things you might be thinking about.” The Duke told youngsters of drama: “It’s more than a hobby isn’t it? It runs in your blood.” The Duke and Duchess traveled by train, and undertook a walkabout despite the snow-lined streets. Meeting nursery school children, they appeared to be preparing for their impending parenthood as the Duke asked a woman supervising toddlers: “How do you keep them under control?”