Meghan Markle’s firsts: How the  Duchess of Sussex is smashing the royal glass ceiling

The Royal family has welcomed the Duchess of Sussex into its fold with the knowledge – and acceptance – of her plans to break from tradition. An American divorcee and former Hollywood actress, Meghan Markle was never going to be a stereotypical British princess. She could have buried these roots and slipped into a customary cocktail dress, ready to refashion herself as a royal. But the Duchess hasn’t tried to cover up her identity as a celebrity in her own right, and has openly said she plans to use her platform to promote her views.  Her new in-laws have shown a willingness to not only embrace her, but to let her help them modernise and break some of their own centuries-old traditions. Perhaps she has fought them behind closed doors. Or, maybe, she is the breath of fresh air the Windsors were waiting for. Whatever the reason, here are some of the ways Meghan has broken through the royal glass ceiling… 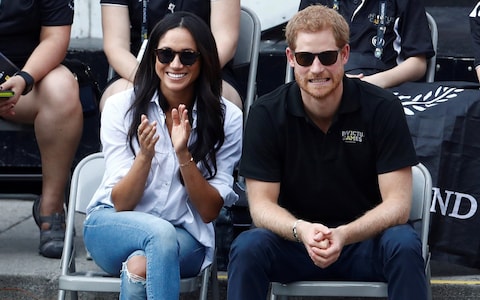 1. Dress codes Unless you’re hot on royal dress codes, you might not notice every time the Duchess breaks them. But she has opted to favour her own style over royal tradition on various high profile occasions. Traditionally, royal women are expected to opt for smart but reserved dresses. The Duchess of Sussex has cut her own path here. In her first official appearance alongside Prince Harry at the Invictus Games in Canada, she wore a white shirt and jeans with a tear on the knee. 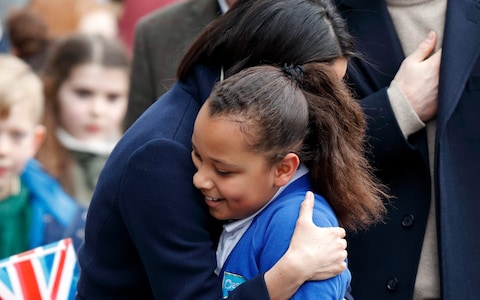 2. She wears her heart on her sleeve  Another code the Duchess is rewriting is how to greet the public. Conventionally, the Royal family does not hug them, nor take selfies or sign autographs. But Meghan, already well acquainted with fans of her own on the red carpet, has continued to embrace people when she greets them and write messages for them on memorabilia. Her reported excuse? “I’m American. We hug.” The Royal family has also shown it is willing to let Meghan define the tone and style with which she presents herself to the country. As such, her biography on its official website breaks with tradition and offers a personal, rather than issue-based, message from the Duchess. “I am proud to be a woman and a feminist,” she says. 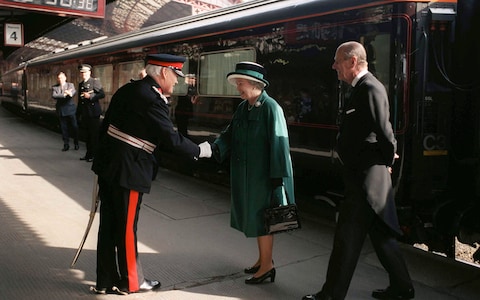 3. Travel arrangements The Duchess hasn’t ostracised herself by breaking with protocol, but has actually helped to refashion royal traditions. Three weeks after her wedding to Harry, she has been invited to travel with the Queen on the Royal Train. Normally the reserve of the monarch and her closest set, Meghan will join Her Majesty on her favoured mode of transport for an overnight journey to Cheshire. Until now, only Prince Philip, Prince Charles and Camilla were entitled to ride on the train. Prince Harry, his brother and the Duchess of Cambridge are yet to receive such an honour.

4. Christmas at Sandringham Meghan enjoyed a position of privilege before she had officially joined the Firm. In 2017, the Queen invited her to Sandringham for Christmas Day, where she attended the family’s private lunch and church service. She was also officially welcomed into the familyduring the annual Queen’s speech. Before, guests had only been added to the Christmas list at Sandringham once they had married into the family. Meghan’s inclusion in the festivities turned out to be a sign of the relaxation of conventions to follow. 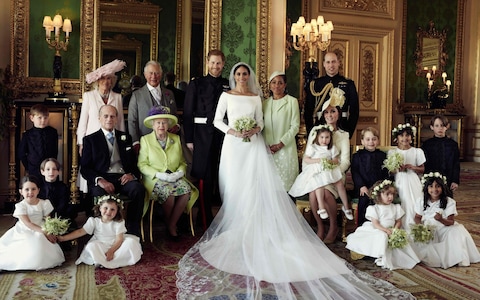 5. Wedding rules There are few occasions as steeped in tradition as a royal wedding. But this didn’t phase Meghan, who was eager to put her own stamp on the day. The first sign of change was the cake. Royal weddings tend to feature a classic fruit cake, but the Duke and Duchess of Sussex went for a lemon and elderflower sponge. The next was the announcement that she would give a speech at the reception. And another personal touch on the day was the sermon from American pastor Michael Curry, which for many stole the show. Be in no doubt – these small breaks with protocol were akin to earthquakes in royal circles.