Meghan Markle reportedly broke with tradition and thanked Prince Charles in her speech at the wedding reception on Saturday evening, while Prince Harry’s father moved the crowd to tears. At the Frogmore House reception, away from the world’s eye, it was just the Duke and 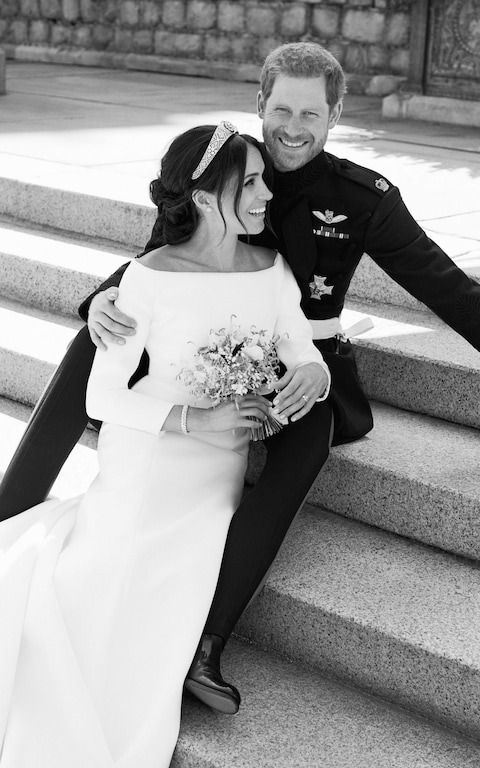 of Sussex and a few hundred of their closest friends. There were reports Prince William gave a “naughty” best man’s speech, and the crowd partied to tunes spun by DJ Sam Totolee, who also performed at Pippa Middleton’s wedding. After the speeches and the dancing, guests were reportedly treated to candyfloss and burgers as a midnight snack. Here are all the rumours and confirmed details about the speeches Prince Harry, Meghan Markle and Prince Charles gave to the crowd.

As expected, the feminist Duchess made the non-traditional choice of giving a speech at her own wedding, thanking the Royal Family. According to the Daily Mail, she is “thought to have thanked the Royal Family for welcoming her in.” She also said: “I have found my Prince”, according to reports in The Sun, and thanked friends for supporting her during an emotionally difficult few weeks. 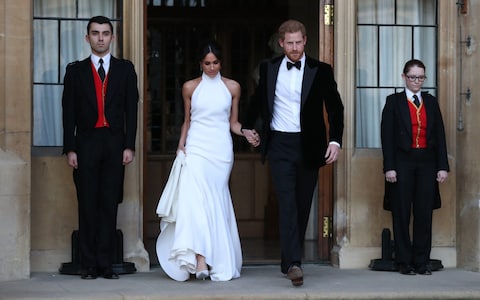 Prince Harry: ‘The cat that got the cream’

Prince Harry, looking like “the cat that got the cream,” gave a heartfelt, “off the cuff” speech in which he made it clear he was the happiest man in the world. According to the Daily Mirror, he told friends: “You are the people that make me ‘me’ in my Harry life, which as you know is the backbone to Prince Harry. “Now I’m going to hand over to my far better half…” According to reports, he praised Ms Markle for dealing with the pressure from the press and her father pulling out of the wedding because of a heart condition. He is said to have applauded his wife’s cool-headedness, and allegedly declared Meghan had “navigated everything with such grace,” and added that: “We make such a great team.” The Prince also reportedly declared: “I can’t wait to spend the rest of my life with you.”

Prince Charles gave a moving speech to the 600 gathered guests, welcoming the new Duchess into the family and giving details about Prince Harry’s childhood. Talking about the man his son had become, he said: “My darling old Harry, I’m so happy for you.” “Some people were even crying,”Suhani Jalota, founder of the Myna Mahila Foundation told E! online. “I think it was just a very, really nice atmosphere to be in 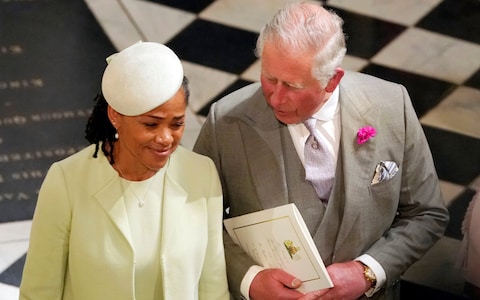 where everybody felt really loved.” She said his speech was about “how Harry was as a child and growing up.” In addition, she said it included details about the newlyweds “and how beautiful they are together.” “So, I think it was just about their personalities and how they gel really well together,” she added. The Prince described how moving it was, at this point in his life, to watch his little boy move on. A little boy, whom he had winded so often as a baby and whom, he joked, might still have a bit of wind today. Guests described how warmly he welcomed Meghan Markle and her mother, Doria Ragland, to Windsor and into his family. Frequently, throughout the course of the reception, he was spotted with his arm around Mrs Ragland.

Perhaps pleased to have a chance to be the cheeky brother for once, Prince William is said to have been playful in his speech at the reception. He reportedly said the Duchess is “the best thing that had ever happened to Haz”. One party source told The Express: “William managed to strike the right balance between hilarious and solemn. They said: “He did mention their late mother, Princess Diana, and said she would have been proud of her younger son. “He said he was proud of Harry too and welcomed Meghan as the sister he never had.” His speech was made as a comedy duo with Prince Harry’s best friend, Charlie van Straubenzee, according to a guest. The source told the tabloid that their performance was “hilarious”. “They teased Harry about his growing bald patch, and Wills said it would become as bad as his. “It was some bash.” According to the Daily Mirror, Prince William played a prank on his brother, attaching a ladder to the couple’s car. An insider told the tabloid: “Apparently Harry fell off a ladder recently while changing a light bulb for Meghan and hurt his arm. So William tied a ladder to the back of the car, which nearly floored a few people.”