His Royal Housemates: Who’s who in Harry’s Kensington Palace crew?

Diana saw it as ‘more prison than palace’, while the Duke of Windsor called it ‘the aunt heap’. Now Kensington Palace – or KP as it is more commonly known in the family – is entering a new incarnation as the most glamorous commune in Britain. After the arrival of Princess Eugenie and her fiancée Jack Brooksbank last week, it is now home to 15 members of the Royal family, ranging in age from 1 week to 80 years old. In the years after the death of Diana in 1997 and Princess Margaret in 2002, this sprawling 17th-century mansion became a fusty repository for minor Royals clinging to grandeur, while squabbling over rents. Today, however, it is buzzing with young Royals and arguably the most desirable address in England, with the Cambridge brood in Apartment 1A, Prince Harry and Meghan Markle in Nottingham Cottage, and Eugenie and Jack practically next door in Ivy Cottage. It is in marked contrast to the picture of KP painted in a Vanity Fair article earlier this month, by a former boyfriend of Lady Gabriella Windsor, daughter of Prince and Princess Michael of Kent, who described it as ‘something between a military hospital and an old people’s home’, adding ‘until Will and Kate arrived to liven up the place, Kensington Palace was wildly depressing.’ Many of his stories have been dismissed as apocryphal, but it should be noted that some Royals have spent decades living in KP without interacting with their fellow inmates. Researching his recent biography of Princess Margaret, Craig Brown discovered that she never uttered a word to Princess Michael in all the years they lived there together. Little wonder, then, that this has been heralded as a new golden age for KP. Its occupants are discovering what many stately home owners have found in recent years: that there is nothing jollier than to stuff the outhouses with amusing companions. Country house communes have sprung up all over Britain – at Lord Gage’s Firle Park in Sussex, and on the Cornbury, Blenheim and Great Tew estates in Oxfordshire. Here, pals from London rent cottages in clusters, creating a ready-made social scene for the occupants of the big house.  So will the new KP crew bring with it a party atmosphere? Or will it be like many London communities, where neighbours don’t see one another from one month to the next? As Eugenie and Jack start puzzling over their Ikea flat-packs, here’s a guide to what they should expect of life at KP… 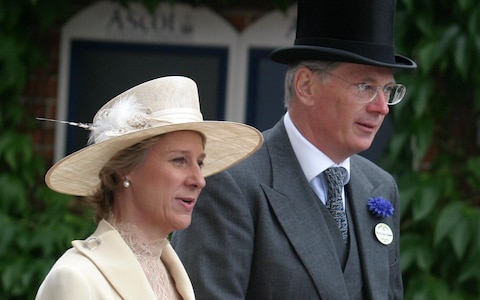 The longest serving KP inhabitant is The Duke of Gloucester, 73, second cousin to the Queen. He moved into the second biggest apartment, which occupies the south-west wing, after getting married in 1972. He and Birgitte, Duchess of Gloucester, raised their three children in the 21-room residence. Princess Michael of Kent has described it as a “lovely big apartment”, and it has its own south-facing walled garden. There have been repairs to the roof and windows in recent months, prompting speculation the Gloucesters may be booted out to make way for Harry and Meghan – a rumour that originated with Princess Michael of Kent in 2014, when she told Tatler that the Gloucesters could well move now that their children have left home. So far they show no sign of budging. Most likely to: Be called upon as emergency baby-sitters by the Cambridges next door.

Apartment 1A: The Cambridges.

Despite sounding like a bodged garage conversion, Apartment 1A is the grandest of all the private residences. Occupying a big chunk of the south wing overlooking Kensington Gardens, it spreads over four-stories, and has two kitchens and a nursery. Formerly home to Princess Margaret, it underwent a £4.5 million refurb prior to the Cambridges moving in last year; with walls knocked down to reduce the room count from 30 to 22. They also spruced up the interiors in an attempt to make it feel more like a family home and it obviously worked, with William complaining that his brother kept “scrounging all my food.” Though eyebrows were raised at their choice of ‘greige’ swag curtains and the drawing room centre-piece – a large octagonal cream pouffe. Most likely to: Clog the bins with nappies. 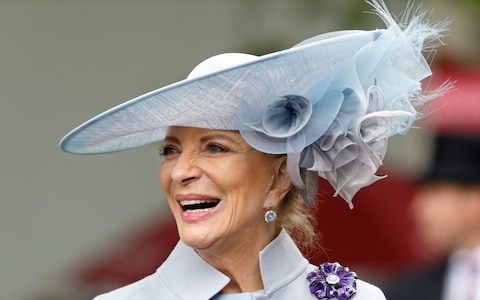 Adding colour and controversy to the Royal family since 1978, Princess Michael of Kent has struggled to shake off her Marie Antoinette image since it emerged she and her husband were living practically rent-free at KP. The revelation, in 2001, that they were paying £67-a-week rent for their seven-bedroom, nine-reception room apartment – less than the price of a council house – led to a shake-up of the running of KP. It was decided the Queen should charge market rents, though between 2002 and 2010 she personally footed the Kents’ £10,000-a-month bill. In 2006, they reluctantly sold their country house in Gloucestershire, Nether Lypiatt, for £5.75m, and since 2010 have been paying the KP rent themselves. Most likely to: Hog the communal Bentley.

It was over a roast chicken at ‘Nott Cott’ that Prince Harry got down on one knee. The two-bedroom cottage, across a courtyard to the north of the main building, has been key to his romance with Meghan. It has

a bolt-hole away from the glare of the outside world, where they have got to know each over Netflix-filled evenings. Private and self-contained, with access to the gardens and 24-hour security, it has proved the perfect Royal starter home – William and Kate spent the early years of their marriage here. Harry has installed a hammock in the garden, though the cottage’s rustic charms may wear thin once the couple embark on family life – not to mention the lack of wardrobe space. Reports that the Queen is to gift them York Cottage on the Sandringham estate as their country pad might, then, come as welcome news to the pair. Most likely to: Raid the Cambridges’ fridge.

Wren House: The Duke and Duchess of Kent. 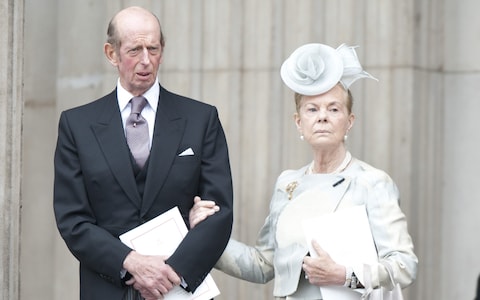 Until recently, the Kents had a blissful existence in a quiet backwater of KP, out by the garages and away from everyone else. Now the Duke, who at 82 is the oldest resident on-site, finds himself sandwiched between party-loving Prince Harry and his old clubbing pal Princess Eugenie. The Duke’s mother, Princess Marina, the widow of the Queen’s uncle, lived for years in Apartment 1 and was the eldest resident of KP when she died there, aged 102 in 1968. The Kents previously occupied Anmer Hall in Norfolk, now the Cambridges’ country home, but retired to KP after their children grew up and left home. Most likely to: Ask for the music to be turned down.

Eugenie moved into Ivy Cottage last week, two years after the plan was first mooted. The hold-up was caused by the discovery of damp in the basement, which has now been treated, and there was some argy-bargy over who would be paying for the work. Eugenie previously shared a four-bed apartment in St. James’s Palace with her sister Princess Beatrice, but since going steady with fiancé Jack Brooksbank had been casting round for a home of her own. Eugenie and Harry are close friends and she was one of the first people to meet Meghan. Like her cousin, she is also getting married in St. George’s Chapel, Windsor, in October. Expect a lot of late-night wedmin chat.

Most likely to: Have Fergie helicoptering-in unannounced.