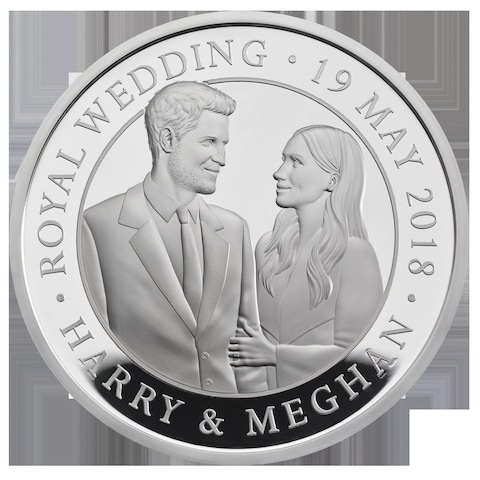 The Royal Mint has produced an official coin for the upcoming wedding of Prince Harry and Meghan Markle, depicting the “relaxed and informal” couple gazing lovingly into one another’s eyes. The coin, approved by the couple themselves, shows Ms Markle clutching her fiance’s arm in a pose they first struck during their official engagement photocall. It is Ms Markle’s first appearance on a UK coin by the Royal Mint, with artists being invited into Kensington Palace for a special photoshoot to help them capture the couple’s likeness.

Announcing the coin, the Royal Mint said: “Following the announcement of their engagement, the Royal Mint was granted a private sitting with Prince Harry and Meghan at Kensington Palace. “The setting of their meeting was relaxed and informal, which is reflected in the portrait of the couple. “The pair can be seen looking lovingly into each other’s eyes and highlights the easy familiarity and connection between the royal duo.” Prince Harry and former Suits actress Ms Markle will wed on May 19 in the grand surrounds of St George’s Chapel, Windsor Castle.

The coin was designed by Jody Clark, who created the current effigy of the Queen in 2015. Anne Jessopp, the Royal Mint’s chief executive, said: “It has been an honour for the Royal Mint to work closely with Prince Harry and Meghan Markle to create the authentic royal wedding coin celebrating this most British of celebrations.” The £5 coin, which can be purchased from http://www.royalmint.com, is available in brilliant uncirculated form costing £13, a silver proof for £82.50 and gold proof for £1,980. Prince Harry featured on an Alderney coin by the Royal Mint in 2005 to mark his 21st birthday. 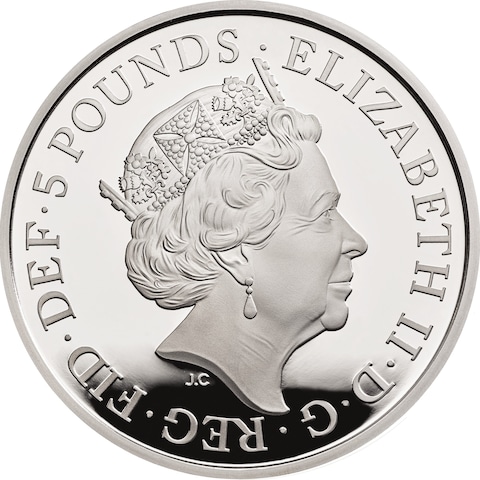