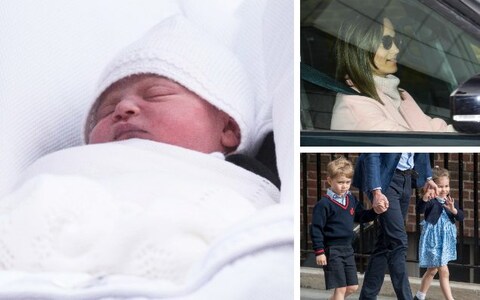 The Duke and Duchess of Cambridge have begun introducing their new prince to family members, as the world awaits an announcement on the baby’s name. Prince William and Kate have retreated to the sanctuary of Kensington Palace after showing off their third child to the world on the steps of the Lindo Wing. As the Duke and Duchess settle into life as a family of five, the first visitors began arriving at their west London home on Tuesday. Pippa Middleton, the Duchess’s sister, was the first to be pictured after meeting the as-yet-unnamed baby.

Prince Harry and Meghan Markle could have been the first to visit as they are neighbours at Kensington Palace. The new baby prince’s great-grandmother the Queen, 92, is still at Windsor Castle with the Duke of Edinburgh who is recuperating after a hip operation. Prince Charles said in a statement on Tuesday afternoon that he and Camilla, the Duchess of Cornwall, are “both so pleased at the news”. He added: “It is a great joy to have another grandchild, the only trouble is I don’t know how I am going to keep up with them.” 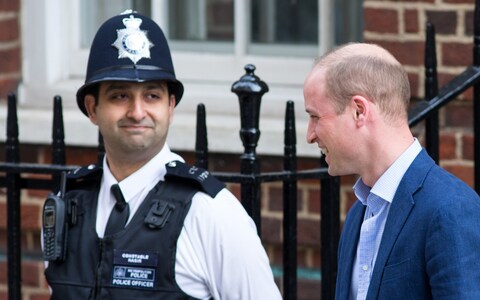 The name of the baby Prince of Cambridge, who was born on Monday at 11.01am weighing 8lb 7oz, has yet to be unveiled. Royals traditionally keep the public guessing before revealing their choice and William and Kate will want to share the name with the Queen and the rest of their family before making it public. Kensington Palace said the name would be announced in “due course” but the favourite at the bookies is currently Arthur, followed by James, Philip and Albert. The Duke fuelled speculation about the name of his new baby boy, telling a man who suggested he could suit Prince Alexander: “Funny you should say that…” William, who left his two-day-old son with the Duchess to attend a commemoration service, teased attendees about the as-yet-unknown name, as the world waited to hear what the Prince would be called. Told by Alexander Downer, the Australian High Commissioner, that he favoured his own Christian name as a frontrunner for the Prince, the Duke replied: “Funny you should say that… It’s a good name.” The Dean of Westminster, introducing the Duke to Mr Downer’s New Zealand counterpart Sir Jerry Mateparae, joked: “And Jerry would like it to be Jerry”.  “It’s a strong name, I have to say,” the Duke conceded smiling, speaking publicly for the first time since he took his new addition home from hospital.