Stef Biemans (b. 1978 in Nimwegen) is a Dutch presenter who lives in Nicaragua. Biemans has been known since 2007 on Nicaraguan television with the program Aventados, where he and his brother-in-law and a small video camera hitchhike through the country. For the Dutch broadcast company VPRO he worked since 2007 as director and presenter of the award-winning Villa Achterwerk 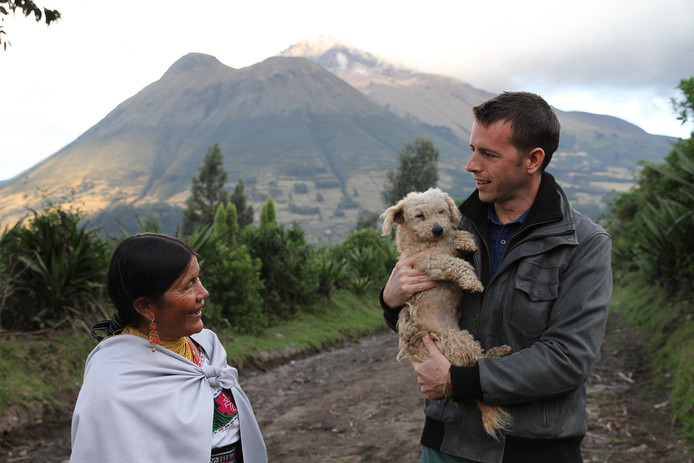 program “Letters from Nicaragua”, in which he answers children questions about his life in Nicaragua. In 2010 he made the step to the Metropolis program. He is also presenter and creator of Metrópolis Nicaragua, the Nicaraguan version of Metropolis TV. He also presents a program for the VPRO/ZAPP (a Dutch Children TV station) titled “Stefpacking”, in which the lives of children in various cultures are discussed. In 2014, the VPRO broadcasted its five-part documentary series “Amor with a mustache” about love in Central and South American countries. In 2018, a new documentary series about “The back of the Andes” started in which Biemans looks in 6 episodes in 6 South American countries how the continent is changing.