Boys to be allowed to wear skirts at leading boarding school

Boys will be allowed to wear skirts at one of the country’s leading boarding schools. The headteacher of Uppingham School in Rutland, whose alumni include Stephen Fry and celebrity chef Rick Stein, said any boy asking to do so would find a sympathetic ear. Richard Maloney, who joined the Uppingham in September 2016, said: “I would hope that any pupil could come to me and say, ‘This is who we are, this is how we wish to express ourselves. We want to wear these clothes’, and we would probably allow that.” 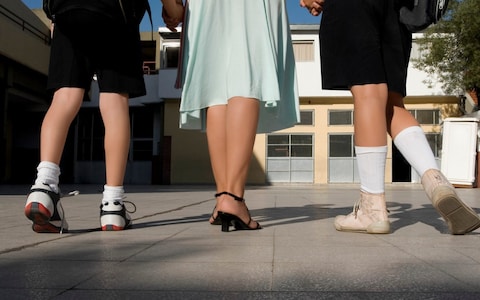 Mr Maloney told The Sunday Times that last year during inclusivity week, one boy had decided to wear a long skirt for a few days to make a point. It comes as television doctor Christian Jessen, who spent three years at Uppingham, said he would “probably” have worn a skirt for its shock value had he been permitted to do so. Dr Jessen said neutral uniforms would help move away from gender stereotypes, but warned against early medical intervention in the case of children who were experimenting with gender in adolescence. The £36,000-a-year public school admitted its first female student as a day-girl in 1973 and is now fully co-educational. Unlike a growing number of public and state schools which have introduced “gender neutral” uniforms Uppingham still has separate uniforms for its male and female pupils. 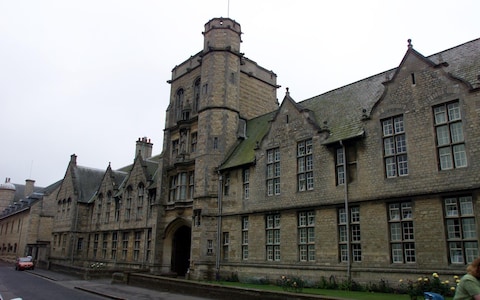 Boys wear charcoal trousers, white shirts and black jumpers. Girls wear grey skirts, white shirts, and cerise jumpers.  Both wear black blazers. Gareth Doodes, head-teacher of Devon College, welcomed the news but warned the school ethos was more important. “I think it’s about more than one statement, it’s the entire culture,” he said. “It’s about ensuring that a school is pastorally calibrated to ensure a child feels confident to wear the uniform of another sex.” Mr Doodes said Dover, which has 300 pupils between three and 18 years old, had no plans to introduce gender neutral uniforms but had worked to create an environment in which clothing choice was not seen as exclusive or divisive. He added: “I don’t think it’s about gender neutrality, but rather, allowing pupils to express themselves fully in an environment with is safe and supportive.” One pupil at Dover has been permitted, with the consent of the pupil’s parents, to wear the uniform of the opposite sex. Last year alumni of the £20,000-a-year Highgate school in North London reacted with outrage when the school drew up a mix-and-match uniform policy allowing boys to wear skirts. One letter to the headteacher objected to “this preposterous proposal.” The school allows children to request staff address them by a name of the opposite gender, which around half a dozen have done. One boy has also been allowed to wear a dress to school. Other private schools have policies to deal with children questioning their gender identity. St Paul’s Girls’ School allows female pupils to be called by boys’ names and wear boys’ clothes. And Brighton College also replaced its uniform, which had been in place for 170 years, for a gender-neutral one. In 2016 around 80 state schools were allowing pupils to wear clothes of the opposite gender. Last year retailer John Lewis said it was removing girls and boys labels in its clothing as part of the fight against gender stereotyping.