Prince Harry has publicly raised the issue of cuts to Ministry of Defence budgets, as he visited to the home of Army aviation to present graduates with their wings.  The Prince, 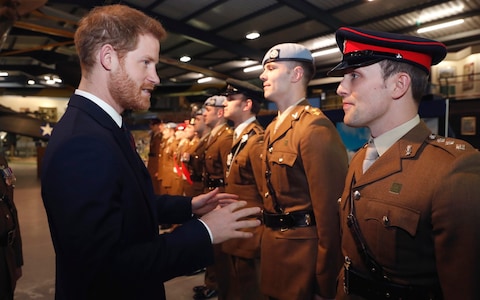 who flew Apache helicopters during his army service, said “budgets are being shrunk” in certain areas, as he urged a dozen pilots from the Army Air Corps to remember they are “the assets”. While he stopped short of explicit criticism, the comments, made in what appeared to be a heartfelt unscripted speech, highlighted the issue of cuts to a defence budget which senior military figures have warned is already “close to breaking”. In recent months there has been widespread speculation about further cuts to personnel and equipment owing to major pressure on the defence budget, alongside calls from MPs to increase spending to 3 per cent of GDP. Speaking at the Middle Wallop military base in Hampshire, Prince Harry told the 12 wings recipients, their families and senior military figures from the site: “You’re now going to end up flying some of the best aircraft that we have to offer. “In certain areas budgets are being shrunk, but essentially you guys are the assets, the aircraft is the asset and just don’t forget who you’re serving and who you’re supporting.” Lord West of Spithead, former First Sea Lord and Labour peer, said: “Any Royal ‘stands into danger’ when he makes comments that directly relate to political 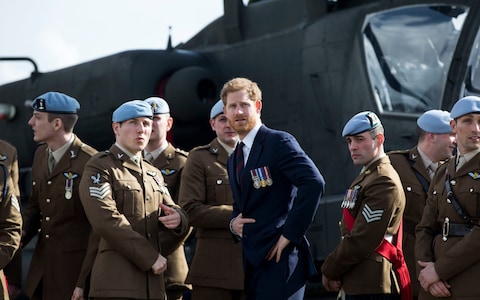 issues. “I am delighted he is saying it because it is true.” “The Modernising Defence Programme instigated by Gavin Williamson will have to come up with more funding for defence.” Lord Campbell, defence spokesman for the Liberal Democrats, said: “It may not quite be a Royal command but it’s as close as you can get. “Servicemen and women at every level in the forces are well aware of the serious under-funding of the defence budget.” In January, it was reported that proposed options to fund saving in the defence budget, including cutting 11,000 personnel from the Army, up to seven Royal Navy frigates and as many as 100 helicopters, had been put on hold. It is not the first time Prince Harry has addressed potentially political matters in recent weeks. On Thursday, during a speech to a conference about veterans’ mental health, he told delegates: “In an ever-shrinking defence community where every man and woman counts, we must consider that mental health issues are the second highest cause of absence after muscular-skeletal injury.” The Prince graduated from Middle Wallop in 2010, picking up his own Wings from his father the Prince of Wales. In 2013, he qualified as an Apache helicopter commander, with his own commanding officer saying he passed with “flying colours”. On Friday, he wore a civilian suit with three medals pinned to his chest, including the Operation Herrick medal for his service in Afghanistan, as he delivered 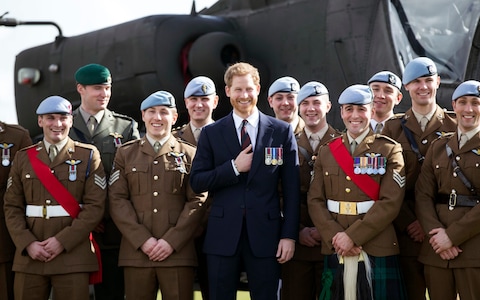 words of wisdom to a new generation. Sergeant Ryan Nelson, 26, from County Durham, who was awarded two prizes at the graduation, said of the Royal visitor: “He’s really normal, a really down to earth guy, he doesn’t think of himself as anything special. “He was firing away little nuggets, little tips on how we could better ourselves as a pilot. “The best tip he gave me is that he told me about the fact that when he first got in the Apache he could barely get in, he didn’t know where to put his helmet, his monocle was in the wrong place, he was just in a general state of rag to be honest. “He was like ‘just expect that, if it does happen don’t be put off by it, it’s all progression. It will get hard at times but it’s all completely doable’.”