The former Russian double agent and his daughter poisoned by a deadly nerve agent will either die or be crippled by their exposure to Novichok, according to the whistleblower who alerted the world to Russia’s secret chemical weapons programme. Vil Mirzayanov, a chemist who worked at the heart of the Soviet programme, said Russia was the only country able to produce and deploy such a powerful nerve agent, and he warned that many more people may fall ill. “It is at least 10 times more powerful than any known nerve agent. Plus practically it is incurable,” he said at his New Jersey home on Monday evening. “These people are gone – the man and his daughter. Even if they survive they 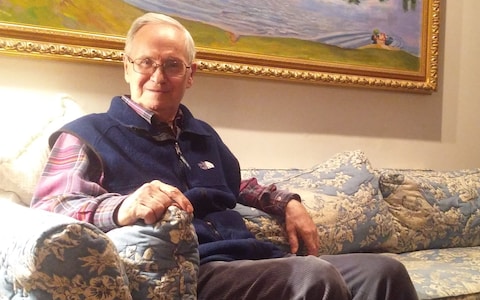 will not recover. That is the terrible damage it does. I’m afraid many more people were exposed.” He added that he believed the poison used in the Salisbury attack would have been manufactured in Russia as two, harmless components. They would have been brought into the UK and then combined inside a tiny, easily hidden aerosol spray that could be used to deliver a deadly dose and a “deliberate demonstration” to Moscow’s enemies around the world. He spoke hours after Theresa May gave Vladimir Putin until the end of Tuesday to explain the use of Novichok or face retaliation. Sergei Skripal and his daughter Yulia have been in hospital in a critical condition since being found unconscious on a bench outside a shopping centre on March 4. Mrs May said either Russia carried out the attack or had lost control of its nerve agent. Dr Mirzayanov said even the existence of Novichok, let alone its formulae, had been a closely guarded secret, making it “unthinkable” that another country or terrorist group had been allowed access or help in its manufacture.

“Only Russia could do this,” he said. “They would never give it away.” The Russian scientist, who fled his homeland in 1995 and now lives in New Jersey, revealed the existence of the Novichok family of nerve agents in 1992 but said it was still so little understood that it had never been banned by the Chemical Weapons Convention. Nor had it ever been declared by Russia. That made it perfect for assassinations, he said, as Russian security forces believed it could not be traced to Moscow. This was the first time it had ever been used, according to Dr Mirzayanov, who added it was most likely weaponised as a spray. “It can be delivered in many ways but it was most probably given 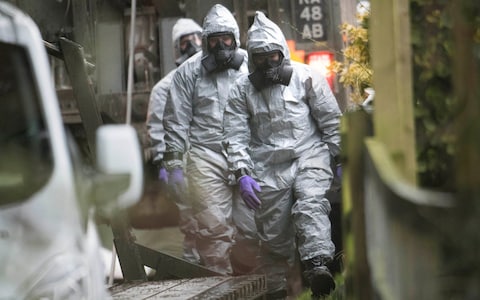 in aerosol can,” he said. “It can be small, just 10 grammes would be a lot. In summer maybe just two grammes would be enough to kill 500 people.” It would almost certainly have been manufactured in Russia, he added. “They can send anywhere through the diplomatic bag,” he said. For 26 years Dr Mirzayanov worked for GOSNIIOKhT (the State Scientific Research Institute of Organic Chemistry and Technology or better known in Russian as “Goodnight”), the Soviet Union’s premier military centre for producing chemical weapons. He headed a counter-intelligence unit which monitored the surrounding area to ensure Novichok – the Russian for “newcomer” – or other nerve agents were not leaking out where they could be detected and analysed by foreign spies. He went public about the programme in 1992 after discovering frightening levels of chemicals outside the facility. Dr Mirzayanov was fired and arrested for treason. The subsequent trial collapsed but not before he managed to copy down 60 secret documents submitted in evidence. They formed the basis of a book detailing Russia’s secret programme written after he was allowed to leave the country. He has lived ever since in New Jersey, where he took a post at Rutgers University. He had no idea his old life was about to intrude when he read about the apparent poisoning of a former Russian spy in Salisbury last week. “I never, ever supposed they would use Novichok,” he said. Instead he assumed it was VX – like that used by North Koreans to kill the estranged half brother of Kim Jung-un in Malaysia. “I supposed that there was no necessity to use it. It’s more brutal, more painful,” he said. “But what could be so important that you have to use something this terrible?” “It was a deliberate demonstration by Vladimir Putin of his power against his enemies. This was a brazen and deliberate demonstration.” The agent causes vomiting and convulsions as the central nervous system shuts down, he said. It was developed as part of the Soviet Union’s ongoing quest to refine its arsenal of chemical weapons, as scientists tried to find variants with improved stability, rates of reaction and ability to permeate the skin. Jerry Smith, a former chemical weapons inspector for the Organisation for Prohibition of Chemical Weapons, said the Novichok agent is “very persistent” and could linger for a “reasonable length of time”. He told BBC Radio 4’s Today programme: “To be honest there is very little knowledge in the open source about these agents. There is sort of six or seven elements that the whistleblower put out of certain lightweight detail shall we say, not a huge amount of detail. “But we do know that they can be as you mention binary, we do know that they can be very persistent.

“In fact they can actually be micro pulverised dust so they are called dusty agents rather than being a liquid so they can hang around on surfaces for a reasonable length of time.”

Mr Smith also suggested the agent could have been made by other “advanced countries”.

“I assume that the investigation has found particular pointers for the Prime Minister to make an accusation that actually pointed towards one country because certainly the technology is out there for advanced countries, other countries, to manufacture it,” he said.