Pubs have been given the green light to stay open later to celebrate the marriage of Prince Harry and Meghan Markle. Home Secretary Amber Rudd confirmed that licensing hours across England and Wales would be relaxed to mark the royal wedding in May. The plans to relax restrictions on opening h 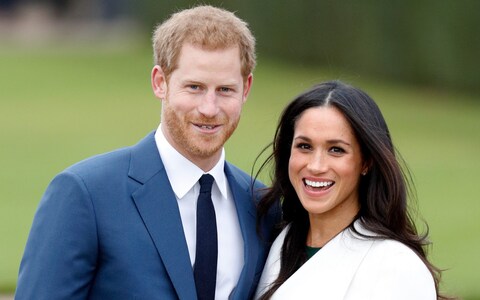 ours were revealed by the Sunday Telegraph in January. The move has now been confirmed following a four-week consultation. It means pubs, bars and other licensed premises can keep serving until 1am on the morning of the nuptials, and again after the couple have tied the knot. Ms Rudd

said: “The royal wedding is a chance for communities across the country to join together and celebrate this momentous and happy occasion for our royal family and for our nation. “As shown by the support for the proposal to extend licensing hours, it’s clear that the public back the idea of having more time to raise a glass to Prince Harry and Meghan Markle on a day of national celebration.”

Harry and Meghan will marry at St George’s Chapel, Windsor Castle, on Saturday May 19. Licensing hours will be extended on the nights of Friday May 18 and Saturday May 19 until 1am the following mornings. Noting that the wedding will take place on the same day as the FA Cup Final, the Home Office said there have been no reports of “increased disorder” as a result of previous extensions to licensing hours, which have also coincided with major football fixtures.

The Home Secretary can make an order relaxing licensing hours for licensed premises in relation to a “celebration period” to mark an occasion of exceptional international, national or local significance. Since the introduction of the Licensing Act 2003, the power has been used for a number of occasions including the wedding of the Duke and Duchess of Cambridge in 2011, the Queen’s Diamond Jubilee in 2012 and the Queen’s 90th birthday celebrations in 2016. The latest extension was welcomed by Brigid Simmonds, chief executive of the British Beer and Pub Association. She said: “We are delighted with the Government’s decision to extend licensing hours in the on-trade for the royal wedding. “This will allow the nation to celebrate and raise a glass to Harry and Meghan in a responsible manner, whilst giving a timely boost to the great British beer and pub sector.” On Friday Harry and Meghan announced that thousands of people will be invited into the grounds of Windsor Castle to share their wedding day.