What will Meghan Markle and Prince Harry’s titles be after their wedding?

American actress Meghan Markle is just a couple of months from officially joining the royal family when she and Prince Harry tie the knot on May 19 at St George’s Chapel, Windsor. And like Kate Middleton, the former American actress will have a new title bestowed on her when she makes the transition from ‘commoner’ to ‘royal’. Here’s our title predictions and everything you need to know about the British peerage. 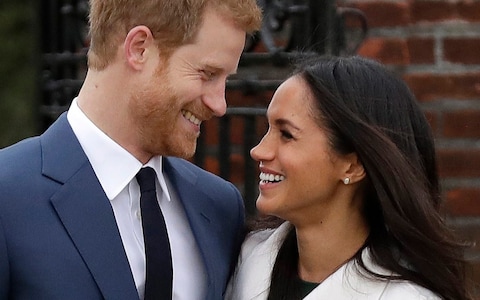 What could Meghan Markle and Prince Harry’s title be? Ms Markle is tipped to become the first Duchess of Sussex when she marries Prince Harry. By tradition, male members of the Royal family receive a title from the monarch on their wedding day, and the vacant title Duke of Sussex is regarded as the most likely choice for the Prince. The only previous Duke of Sussex was married twice, but neither of his marriages was approved by his father, George III, meaning they were considered unlawful. It means that Ms Markle would be the first woman entitled to use the title HRH The Duchess of Sussex. Ms Markle’s full name is Rachel Meghan Markle, but she was named as Meghan in Buckingham Palace’s announcement of the engagement, meaning she is unlikely to revert to Rachel when she is married.

What’s the procedure in choosing a title? A dukedom is the highest rank in the British peerage and comes from the Latin word dux, meaning leader. Traditionally, the monarch would bestow these titles on people loyal to the crown, in exchange for land or money, or they were inherited from a direct ancestor.  They were known as “peers of the realm”. The five titles, from highest to lowest are: duke, marquess, earl, viscount, and baron for men; duchess, marchioness, countess, viscountess, and baroness for women. The Queen is expected to choose a Dukedom for her grandson from titles that are currently suspended, and other options include the dukedoms of Clarence, Connaught, Windsor, Albany, and Cumberland and Teviotdale. However, many of them have inauspicious histories that would almost certainly rule them out. Charles Kidd, editor of Debrett’s Peerage & Baronetage, said he believed the Queen would choose the Dukedom of Sussex for Prince Harry, which was previously held by George III’s sixth son Augustus Frederick. He said: “They’re quite limited in the titles that are available. The Duke of Sussex is the front-runner without any doubt.”

Who was the previous Duke of Sussex? Like Prince Harry, the previous Duke of Sussex, Augustus Frederick, lived at Kensington Palace, and he also married for love, rather than choosing brides who fitted the traditional royal mould. Prince Augustus Frederick was not given consent by his father, King George III, to marry his first wife Lady Augusta Murray, as she was considered to be from too low a social rank. The Prince married her anyway, in secret in Rome in 1793, and then again in England when they returned, but without the king’s permission the marriage contravened the Royal Marriages Act 1772 and was annulled in 1794. The couple continued to live as man and wife and had two children before they eventually separated. 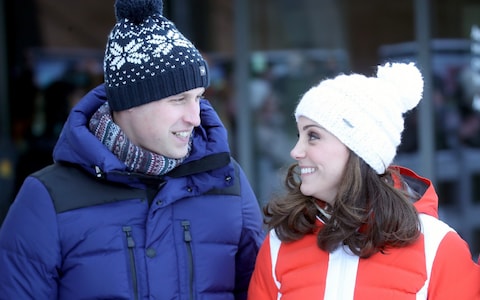 explained: When Prince Harry’s brother William married Catherine Middleton in 2011, the Queen bestowed the title of the Duke of Cambridge, Earl of Strathearn and Baron Carrickfergus on her grandson. Catherine, known as Kate, became the Duchess of Cambridge. Like the Duke of Sussex, the previous Duke of Cambridge, Prince George, known as the 2nd Duke of Cambridge, married a commoner for love just like Prince William. Born in 1819, he was a grandson of George III and the only son of Prince Adolphus Frederick, the 1st Duke of Cambridge. He refused to have an arranged marriage and declared such unions were “doomed to failure”. He became captivated by the actress Sarah Louisa Fairbrother, who was said to be a classic beauty and a graceful dancer. They wed in 1847 when she was already the mother of two of his children and pregnant with his third.

Are there any other royal dukes? The Queen’s second son, Prince Andrew, was created Duke of York upon his marriage to Sarah Ferguson in 1986. The Queen’s youngest son, Prince Edward, however broke with royal tradition when he chose the title of Earl of Wessex upon his marriage to Sophie Rhys-Jones (now Sophie, Countess of Wessex) in 1999. The other royal dukes are The Queen’s first cousins, the Duke of Gloucester and the Duke of Kent.