The Battle of Groningen took place during the final month of Second World War, from April 13 to 16, 1945, in the city of Groningen between a mixture of

German soldiers, Dutch and Belgian SS troops numbering 7,000 against the entire 2nd Canadian Infantry Division, though the whole division was never in combat at any given time. There were also substantial amounts of Luftwaffe units manning flak guns in the area. Groningen was also the site of the headquarters for the Sicherheitsdienst in the North of the Netherlands. The German command structure was poor and the defenders had never exercised together. 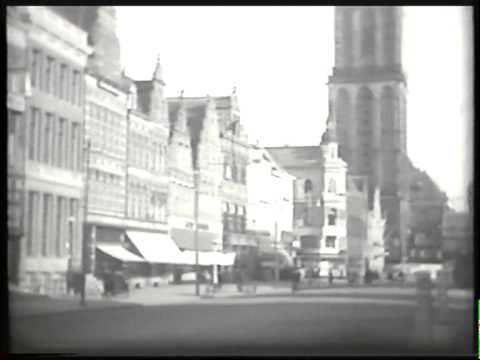 German soldiers in the city were determined to keep enemy forces from German soil while their Dutch SS colleagues had reason to fear for their lives if forced to surrender. German troops also needed to control the city to cover the withdrawal of forces from Friesland to Germany and defending the Ems entrance into Germany, important because German surface vessels and U-Boats still used Emden as a port.

Wary of advancing into the western Netherlands and incurring heavy casualties (as well as losses to the densely packed civilian population) at a late stage of the war (fighting in Langstraat and Betuwe showed the soldiers very favourable to the defence), the First Canadian Army instead moved northeast, supporting the flank of the British 2nd Army as they entered Germany proper.

German forces were mainly deployed in the ancient city centre shielded in part by an ancient canal. Some troops were deployed in the southern suburbs. A German pocket in the power station surrendered after the fall of the inner city. The inner city was reached on 14 April. Western approaches to the old town (Oude Stad) were blocked because the bridges over the canal were destroyed. The Herebrug bridge in the south of the old town was not destroyed, but it took a day before the Germans with machine guns were defeated in the buildings north of a circular ‘circus’ on the north side of the bridge. The Canadians managed to enter the north of the city centre, Nieuwe Stad, after two hours of fighting in the Noorderplantsoen park, which was placed where the city walls used to be in the 19th century and before. The fight in the central market square, Grote markt, was the fiercest part of the battle. There were several German machine guns in the buildings north of the square. The buildings had to be destroyed by tanks. The Nieuwe Stad was conquered, but the Canadians could not reach the Oude Stad from the north, due to fierce German resistance. The German commander surrendered on 16 April once it was clear further resistance was useless. The Canadians used armour effectively in co-operation with their infantry. Artillery support was forbidden out of fear of harming the civilian population.

The death toll included approximately 130 Germans, 43 Canadians, and 100 Dutch civilians. Some 270 buildings were damaged or destroyed in the fighting. Over 5,200 Germans surrendered (including 95 officers) and the remaining Germans (about 2,000) fled northeast, and the 2nd Division again met them in battles such as the Battle of Gruppenbuhren near Delmenhorst.

Groningen was one of the largest urban battles of the war for the Canadian Army; while Ortona was made famous by news reports referring to it as “Little Stalingrad”, Groningen involved five times as many Canadian soldiers in direct combat. 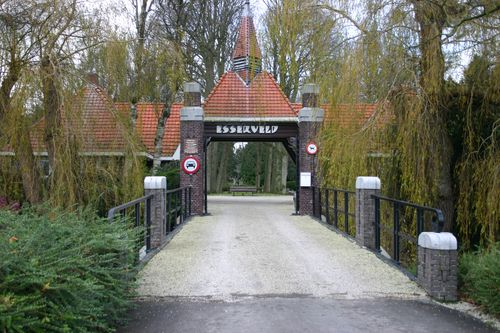