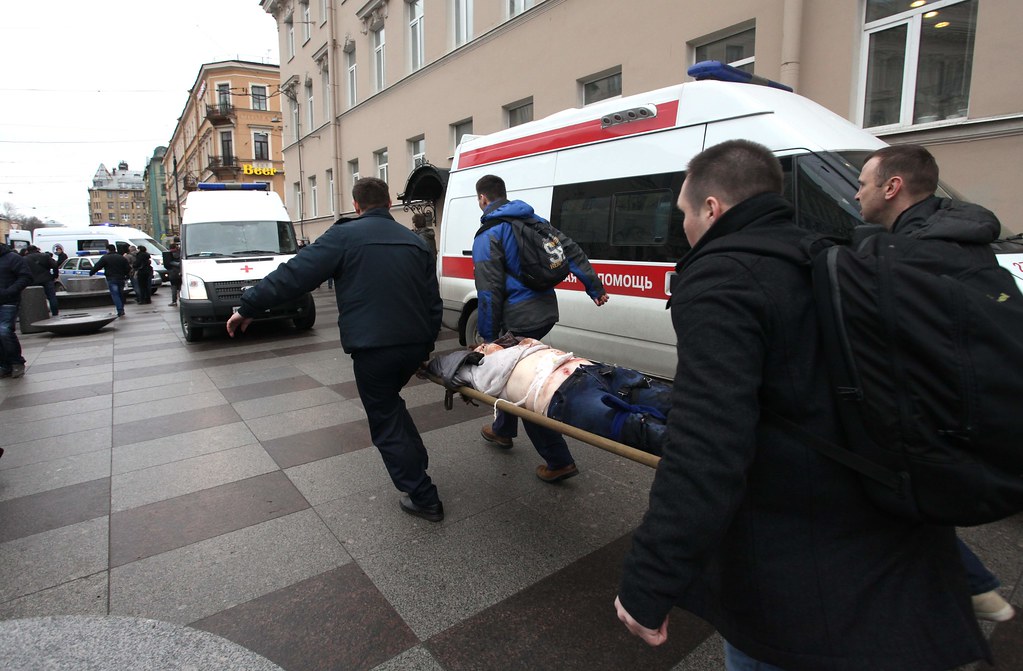 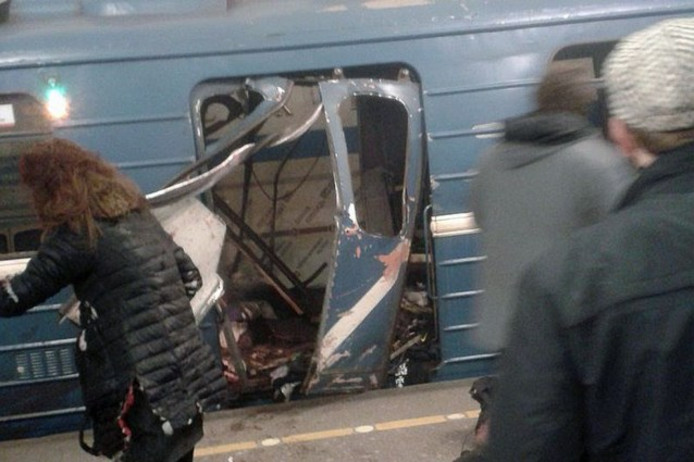 In the underground of the Russian city of St. Petersburg has been an explosion today. The Russian news agency TASS speaks at least ten dead and fifty injured. It would be an attack with a cluster bomb in two subway trains in two different stations, possibly with homemade bombs. According to the Municipality of Saint-Petersburg are detonated two subway carriages in two stations. Probably with homemade nail bombs. It is thus possible to double taxation. One explosion took place near the metro station Sennaya Ploshchad, the other at the nearby Sadovaya. The stations are both in the center of the city. According to news agency Interfax, all metro stations are closed in St. Petersburg.

Wounded
The website Life News showed footage of wounded on the platform and subway doors that were washed away by the explosion. According to the governor of St. Petersburg is about fifty wounded. Russian President Putin is currently in St. Petersburg. He has met with Aleksandr Loekasjenko, the president of neighboring Belarus. Putin has already made a statement. He says there are dead and injured, and expressed his condolences. Russian President Vladimir Poetin has conveyed his condolences to the families of the victims. ,,We consider all possible causes, including terrorism”, said Putin.