‘Pin only’ places in Nimwegen increasing. 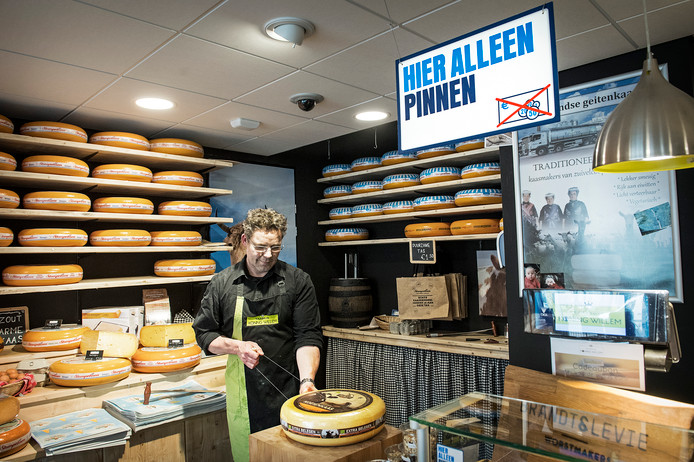 Many retailers in Nimwegen prefer the debit card over cash. Some go a step further and did not take cash anymore. Including in the Vlaamsch Broodhuys, Cheese Huys King William and restaurant Pizzabakkers you can only pay by debit or credit card. Several fuel stations, the Central Student Desk at the university and Recycling not take cash anymore. At Lux cinema you pay by debit card as from April 1. Breng and Breng-Flex bus companies accepts only card payments since January.
Safety
Safety is one of the main reasons to avoid cash. Eef van Hoogstraten, owner of Subway sandwiches at a fuel station on the Heyendaalseweg, puts cash in the ban after a robbery. ,,Because the safety of employees.” According to the entrepreneur would hardly anyone pay more cash. ,,Most, 1 percent. Usually a customer who has never been before.”